If you do not like where Mozilla is headed with Firefox's interface re-design Australis, you have a couple of options at hand to resolve it.

Some users may keep on using the last pre-Australis version of Firefox, while others may switch to Pale Moon or another Firefox-based fork, or install extensions or themes that let them change the interface of the browser to their liking.

It is fair to say that Firefox has not lost any of its customization options, so that it is quite possible to change the look and feel of the browser significantly if you like. While you depend on add-on authors and theme designers for that, the Firefox community boasts a huge number of those.

The author of the Firefox extension Classic Theme Restorer Aris is also the designer of the Firefox full theme Noia 4. It is a popular full conversion theme that was not compatible with Australis up until now (a fate that it shares with the majority of full themes).

A preview version of Noia 4, version 2.0.0pre1, has been uploaded by Aris to the Mozilla Add-ons repository from where it can be installed in Firefox. This version is only compatible with Firefox Australis versions, and not with previous versions of the browser.

To install the theme scroll down until you find the development channel listing. Here you find the new theme listed.

Bug: You cannot move the browser window if the menu bar is enabled. Once you disable it, you can move it normally. This will likely be fixed before final release. The author notes that there are errors, and that things will change before the final release (when Firefox 29 Stable comes along in April 2014).

When you install the theme in Firefox, you will notice that it changes the Australis interface significantly. 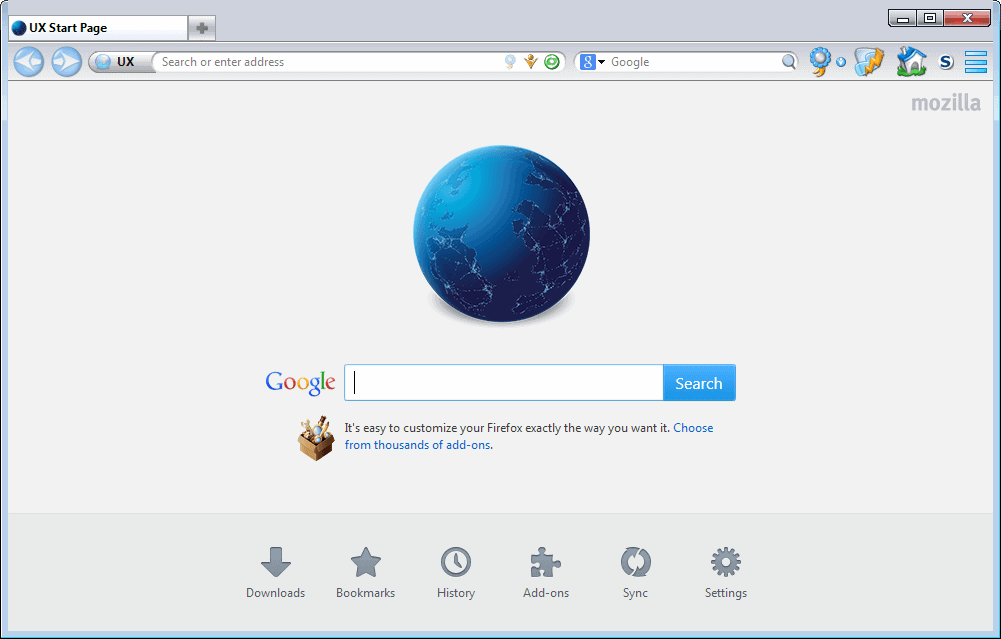 While there are still traces left that hint at Australis, like the three-striped menu icon on the right, the majority of other features have changed completely.

Note: Noia 4 modifies the appearance of some Firefox elements, such as the tabs in the browser. What it does not do is restore features that were removed in Australis. If you want that, you need to install the Classic Theme Restorer extension in addition to Noia 4.

You can manage the look and feel of the theme in the options. Here you can switch to a different color scheme for toolbars and tabs, or select to use Personas instead for that. 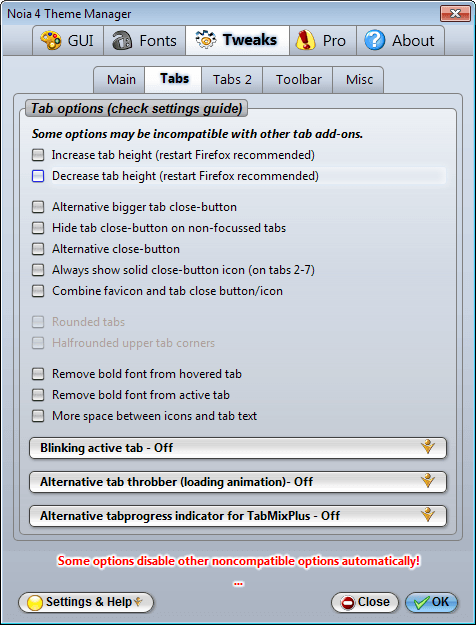 Other options include selecting font colors and shadows for interface fonts, applying lots of tweaks that modify interface elements in toolbars or tabs, and lots of other features.

If you have been using Noia 4 before, you are likely glad to know that there will be an Australis compatible version of it available when the interface re-design lands. Users who never used it but do not like how Australis looks may want to give it a try as well.

While its icons and symbols take some getting used to time, it may help you overcome the Australis launch, especially if you also install the Classic Theme Restorer extension in the browser.