Search engines like DuckDuckGo, Startpage or Ixquick have seen a surge in visitors ever since the PRISM story broke on the Internet. The search engine DuckDuckGo nearly tripledÂ  its daily requests and broke the four million request mark a couple of days ago for the first time in history. It is interesting to note that Startpage's traffic nearly doubled as well in the past three months.

These three search engines have in common that they have implemented measures to protect user privacy. This includes keeping user searches confidential, using encryption by default, and not storing information about searches, users or IPs on company servers.

Startpage and Ixquick are run by Dutch-based Surfboard Holding B.V., a privately held corporation that has received the 1st European Privacy Seal award by Europrise.

The core difference between the two is that Startpage makes available Google search results without the user tracking and bubbling that Google is making use of on its search engine, while Ixquick offers meta search results from several sources.

The company announced last month that it has implemented new technologies to protect users better against mass surveillance. It implemented TSL 1.1 and TLS 1.2 support on both search engines which offer better security, and Perfect Forward Secrecy (PFS).

One of the issues with SSL is that a website's private key can be used to unlock past and future traffic requests, provided that they have been recorded. Keys can be obtained by court orders, attacks or cryptanalysis, and the likelihood that the latter may happen has increased with the revelation that a lot of data is recorded by agencies such as the NSA.

Both DuckDuckGo and Startpage have their advantages. What privacy-oriented users like about Startpage is that it is not operated from the US but from the Netherlands, and that it makes available Google's set of search results which many - still - consider to be superior to that of Bing which DuckDuckGo uses primarily. Still, it is always good to have choice. 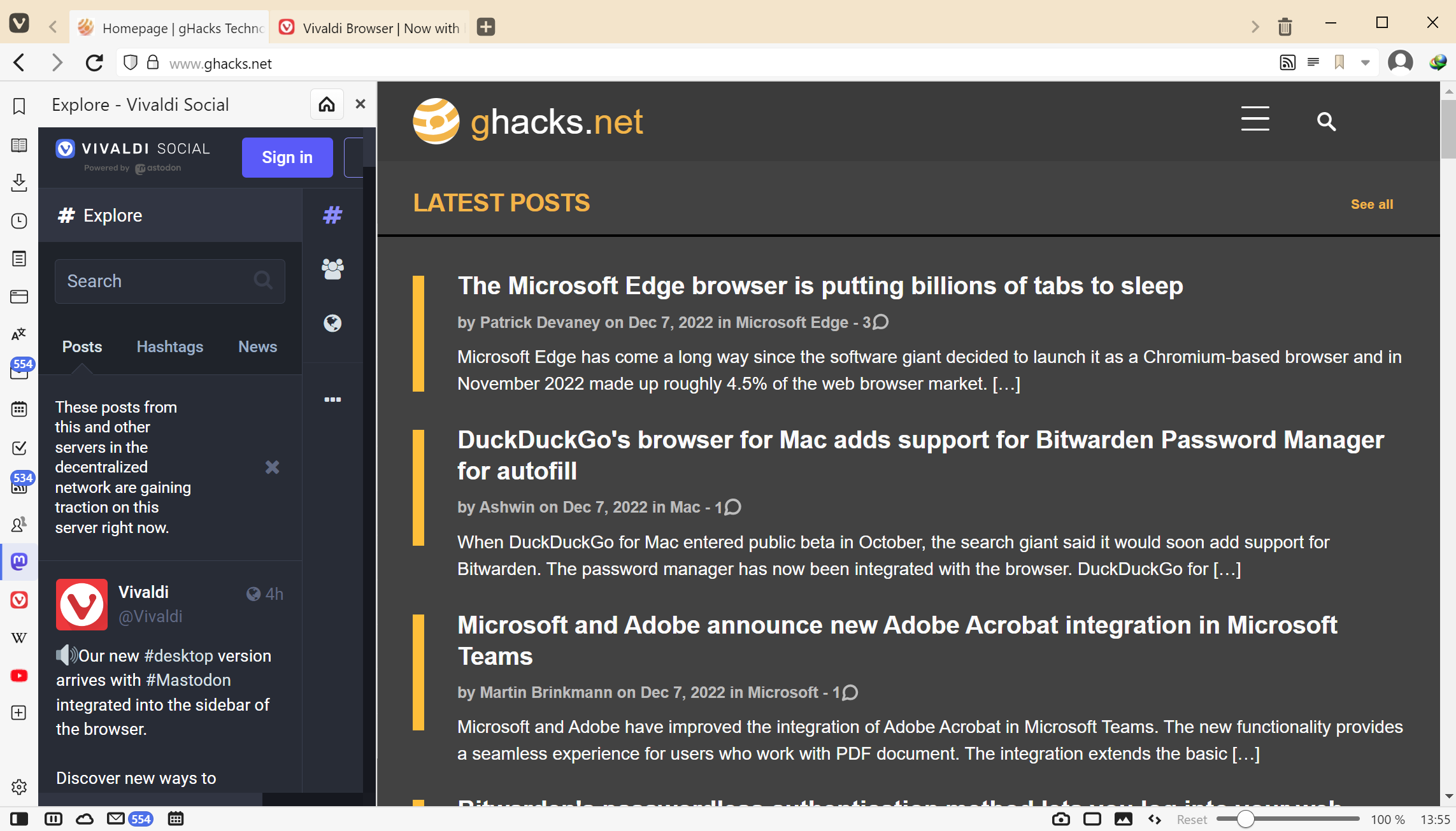