Google has slowly been rolling out Play Services version 3.2 to Android devices, but the company now announces that the task is complete for phones and tablets all around the world. So what comes along with this update? The search giant promises better performance and greater power savings, as well as enhancements to the Location Based Services, maps, InstantBuy, Google+, and Photo Sphere. These enhancements are for app developers, and carry a lot of promise for the future of the Play store and its contents.

For location-based services, which includes Maps, there are a couple of improvements. The Fused Location Provider now supports the selection of a low-power mode option when requesting location updates, as well as the ability to inject mock locations -- allowing you to more efficiently test your apps in a variety of different simulated conditions.

There is also a new snapshot feature that lets you capture the current map in bitmap image form. This allows for improved performance when an interactive map isn't necessary. 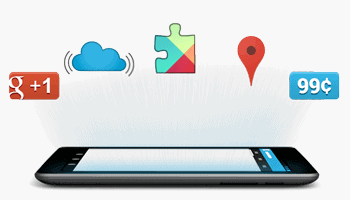 If you’ve used Google+ sign-in then you can take advantage of the new simplified sharing control that can be embedded directly within your app. This simplifies the process of sharing content directly to Google+.

The Photo Sphere viewer has also been enhanced to include a new compass mode that allows users to explore Photo Spheres simply by tilting their phones.

Finally, the InstantBuy implementation has been improved to increase efficiency, with improved latency, and a cleaner UI with contextual text and assets.

Google claims the rollout is complete worldwide so developers everywhere should now have access to all of these new tools and are free to begin work on new apps, as well as updates to existing ones. You can visit the Google Services area of the Android Developers site. Android continues to move forward as the leader in the mobile space.