If you do not have to pay for a service, it is usually your information that are used to create revenue for that service. Nowadays, even paid services or devices may come with advertisement. Microsoft's Xbox One will ship with dashboard ads, and it is likely that Google Glass will too.

I never really understood the craze about Google Glass in first place, but that is probably just me and a handful of others. If you look at early reviews, most reviewers like Google Glass. That is fueled by Google's excellent marketing division that is marketing Glass as the next big thing that you need to have, to be cool, or whatever.

Google Glass is a paid product that is not available yet. It is not clear how expensive it will be, but it is very likely that it will cost several hundred Dollars at the very least.

Google, depending mostly on advertising for revenue, has been granted a new patent that could find its way into Google Glass. 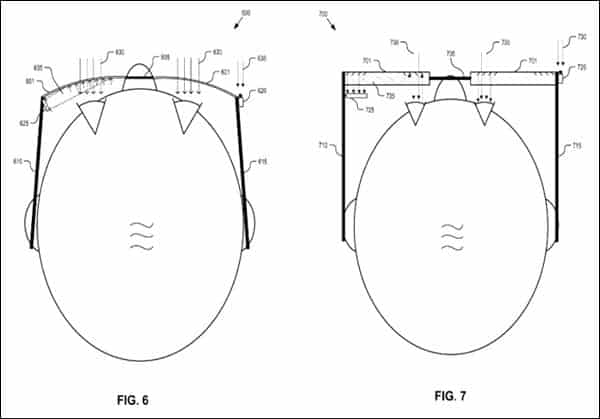 The Gaze Tracking System patent describes a technology implemented in head mounted devices, such as Google Glass, that is communicating with a (Google) server. The server receives captured images from the device that the user is viewing and also the gaze direction and other related information. This indicates what the user was looking at and how excited he was at that time. The server runs an image identification algorithm to identify items in that image and creates a log tracking those identified items.

Google basically knows what you are looking at when you are using a device that is using the Gaze tracking system, when you looked at it, where, for how long, and if you reacted emotionally to it.

The patent does not mention Google Glass in particular, but that is likely because it was filed back in May 2011, a time where the final name may not have been picked yet.

Part of the patent refers to tracking advertisement views by the user's gaze. It is interesting to note that this includes real-world ads a user may see on billboards for example, and not only virtual ads that are displayed next to contents downloaded from the Internet.

Advertisers may be charged if the user looks at the ad and the price may differ depending on how long users do so. Google may also sell the information it collects to advertisers as analytical data, including emotional responses it generated based on the pupil dilation.

Note that it is not clear if the technology described in the patent will land in Google Glass, or any other Google product for the matter.

It will be interesting to see if the technology lands in Google Glass. If it does, it is just another confirmation for me that Glass is not worth it, and that you will give up a lot of privacy when you are using it.

What's your take on the patent and technology it describes? (via Marketingland)