Ubuntu 13.04 released: how to upgrade

Ubuntu 13.04 "Raring Ringtail" has been released today as part of the usual six month release schedule of the Linux distribution.  New users can download the latest version directly from the Ubuntu website where the desktop version can be downloaded as a 32-bit or 64-bit release. Both downloads have  a size of about 700 Megabyte and come in form of a disc ISO image that needs to be burned to disc or written to an USB device. Wubi, the helpful installer for Windows, is not included in the release this time due to a number of bugs the developers could not fix in time.

You can read about all feature changes in Ubuntu 13.04 here on the official release notes page. Only this much, you should not expect major changes this time. Several packages were updated in the new release, including the Linux Kernel, Unity, Upstart, Libre Office or Python. The focus of the release was to introduce performance and memory improvements to Ubuntu.

The desktop version is not the only one that benefits from those improvements though, as Ubuntu Touch, the version of the distribution for mobile devices such as smartphones and tablets, will benefit from it even more than the desktop version. 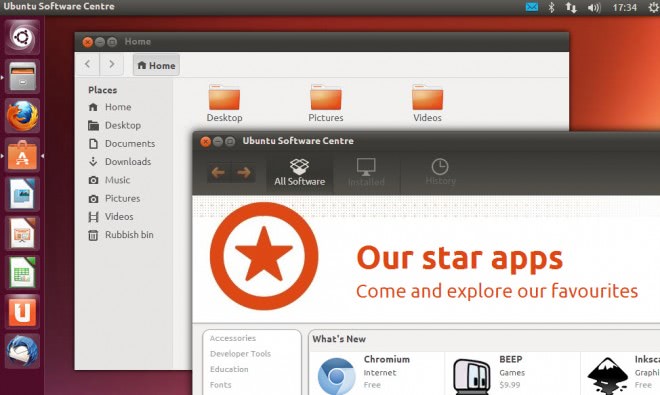 Here is a short video that demonstrates some of the new additions that have been added to Ubuntu 13.04.

How to update Ubuntu to version 13.04

All Ubuntu users who are not running 12.10 of the Linux distribution need to update to version 12.10 first before they can upgrade to 13.04. If you are running Ubuntu 12.10 you can update the desktop client in a few simple steps:

To upgrade from an earlier release to Ubuntu 12.10 do the following.