The note-taking service Evernote has posted a security advisory on its website informing the public that the company's Operations & Security team has discovered - and blocked - suspicious activity on the Evernote network.

An investigation of the matter revealed that the attackers managed to download user information, usernames, email addresses and encrypted passwords but did not access data stored by users on Evernote's servers.

The company made the decision to reset all user account passwords as a precaution. The past has shown that brute force attacks on dumped password databases will return a large number of valid passwords in short time. By resetting all passwords, Evernote blocks the attacker from accessing the accounts using those decrypted information.

With the passwords being unusable to gain account access, hackers are left with a database full of usernames and email addresses. It is certainly possible that the information could be abused by sending out emails to customers claiming it is coming from Evernote to trick them into visiting a malicious website.

Evernote has sent out emails to all of its users informing them about the security breach. While that is reasonable, considering that the majority of users are probably not reading security advisories that the company posts, the team that created the email made a major mistake according to the Naked Security blog.

Both the security notice on the Evernote website and the email give the following sound advice:

The email that Evernote sent out contains a password reset link that the company added to it. To make matters worse, it does not link directly to an Evernote server, but uses an email marketing domain as a redirect which makes it look like a phishing link. 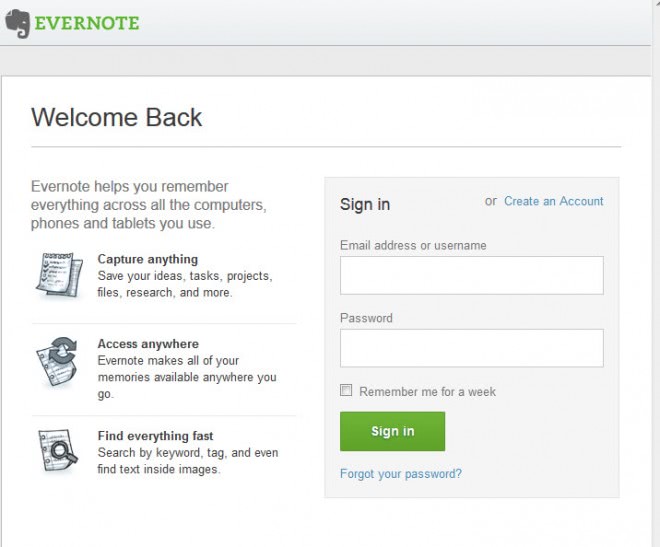 It is recommended to change the account password on other websites as well if you have been using the very same password for your accounts on these sites.

Previous Post: « Avast! Free Antivirus 8 has been released
Next Post: How to check your recent Yahoo login activity »