When Microsoft announced the Surface product line I was immediately drawn towards the Surface Pro and not the Surface RT. The latter got released first to my dismay and while it seems to have done reasonably well, it was clear that the majority of IT professionals were waiting for the Surface Pro instead.

The core reason behind that decision is the fact that you can run legacy Windows programs on the Surface Pro but not on the Surface RT. Sure, Microsoft Office and apps that you can download from Windows Store may be all that some users need to work with the device, but I want control over the device and the software that I install on it.

Microsoft has not revealed many information about the Surface Pro up to this point in time. We do not know how much it will cost, how long the battery of the device will last on average, or how capable its cpu and onboard graphics processing unit are. A release date has not been mentioned as well. It is impossible to make a buying decision without knowledge of these information, well, not impossible but it would not really make sense to buy the device without that knowledge. 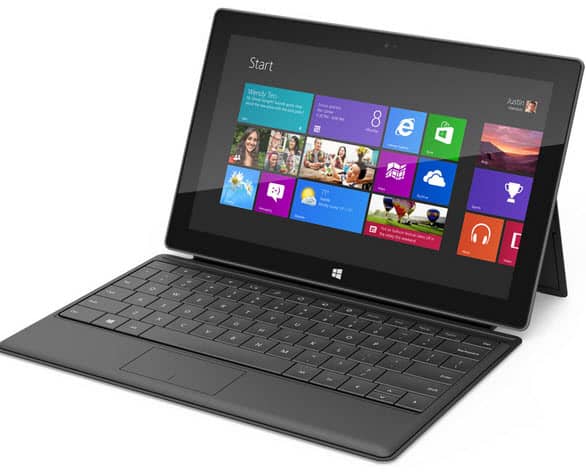 Tami Reiller, Microsoft CFO and Chief Marketing Officer of the windows and Windows Live Division revealed at the Credit Suisse Annual Technology Conference 2012 that the surface Pro will be released in January 2013.

And we talked about back in June that Surface Pro would be available in early 2013. And, in fact, Surface with the Windows 8 Pro will be available in January. So, there you see a picture of both. So, we're very excited about Surface, and how customers are reacting to Surface RT, and the excitement for Surface Pro for sure.

Here is a short list of some of the components of the Surface with Windows 8 Pro:

Update: Microsoft has just revealed the pricing of Surface Pro in a new blog post over at the official Microsoft Blog.

The 64 Gigabyte version of Surface Pro will start at $899, the 128 Gigabyte version at $999. Note that the price includes the pen but not a keyboard which is sold separately.  Assuming that the pricing for Type and Touch covers are the same as for the Surface RT, you can add $129.99 or $119.99 to that order which effectively raises the price above the $1000 mark.

Martin Brinkmann is a journalist from Germany who founded Ghacks Technology News Back in 2005. He is passionate about all things tech and knows the Internet and computers like the back of his hand. You can follow Martin on Facebook or Twitter
View all posts by Martin Brinkmann →
Previous Post: « Microsoft Skydrive: now with selective synchronization
Next Post: Bing Snapshot is like Google's Knowledge Graph »