Google hasn't changed their Android market app much since the big update that changed the name to the Google Play Store, but they are now rolling out a rather major update to version 3.9.16. Â Despite not getting a catchy name like version 4.0, the update adds quite a few new features that users have been clamoring for, including better app control and wish lists.

The new "Wish List" feature allows users to save apps for a later purchase or download, working much the same as wish lists on the Amazon web site. Â This is handy for those pricey apps that you simply can't make up your mind about right away. Â Simply add it to your wish list and then research what other users are saying about it, then come back later if you decide to pull the trigger. Â Aside from apps, you can also use this new feature to save music, movies & TV shows, magazines, and books for later purchase.

The other new feature that is receiving a lot of attention is the ability to go into the My Apps section of the store and remove selected apps straight from there - no more need to access the settings. Â Users previously accessed this area to find if any app updates were available, but with this added functionality, the list has become a whole lot more useful. 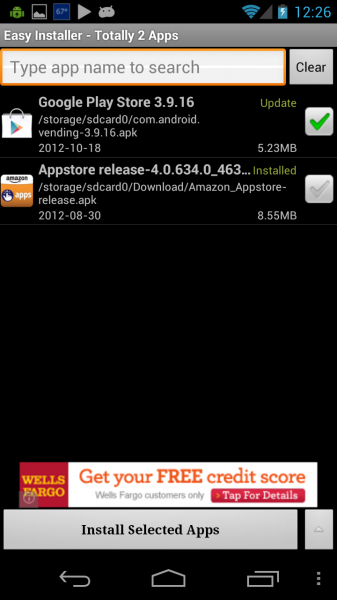 Google is pushing out the update now, but it's a gradual roll out, so don't be surprised if you don't receive it today. Â It will more likely take a couple of weeks for everyone to get the new version, but it seems to be for all Android users, or perhaps version 2.3 and up, which would still encompass almost everyone. Â In the meantime, if you simply can't wait, then several sites are offering aÂ downloadÂ of the .APK file if you are feeling adventurous. Â The file is only 5.2 MB, but you will need get it onto your SD card and use a third-party installer to run it.

Previous Post: « Turn Off NFC on your Android Phone to Save Battery and Make it More Secure
Next Post: « Cartoon Camera for Android