Microsoft released an out-of-band security update for Internet Explorer 10's integrated Flash Player yesterday which updated the version of Flash to the latest version. This time, in time and not weeks after every other browser received the updated. Seems that the company has changed the deployment strategy in regards to the built-in version of Flash: great.

Security updates for various Microsoft products have been released today as part of this month's patch Tuesday. Products include Microsoft Office, Microsoft Windows, Server Software and Microsoft SQL Server. One of the bulletins released today has a maximum severity rating of critical, the highest possible rating, the remaining six one of important, the second highest rating. The rating means that at least one version of an affected product has received the severity rating, while others may have been given the same or a lower rating.

Updates are already available on Windows Update. If you have been working on your PC today, you may need to click on the check for updates link to force Windows to check for new updates for the operating system. 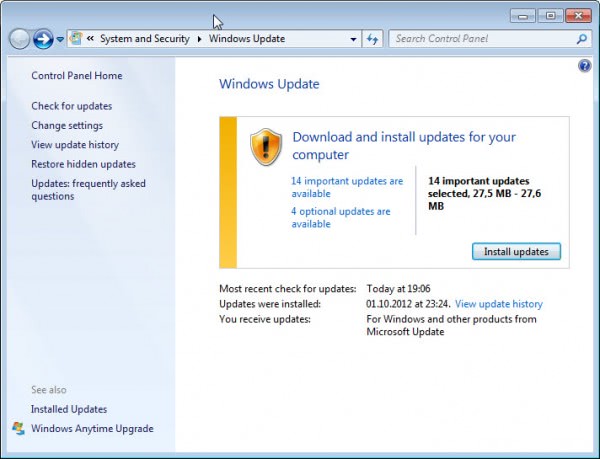 Updates are not yet available on Microsoft's Download Center, but that will certainly happen in the next couple of hours. There you will also find the monthly security ISO image when it gets released. 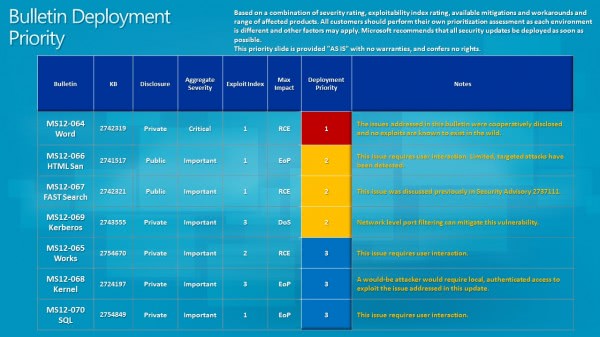 And here is the severity and exploitability index for October's bulletins. 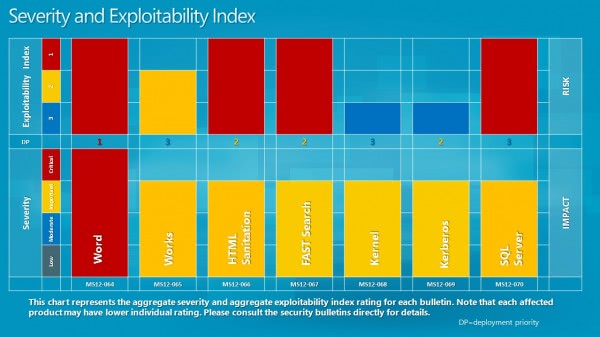 It is also important to note Microsoft is making the minimum certificate key length update available via Windows Update today.