Time to malware-scan new PCs before first use

You have probably heard about PCs being infected in China with malware in factories as part of the manufacturing process. If you have not, I suggest you read The Guardian's article first as it provides you will all the relevant information regarding this. In short: Microsoft purchased a small sample size of 20 new PCs in China to analyze them in detail. The company found out that none of the Windows licenses were genuine, and that malware was installed on four of the twenty PCs.

While it has not been explicitly mentioned in the article, it is likely that those PCs have been produced for the domestic market and not export. Still, that malware is installed on Windows PCs during manufacturing should concern all Windows users, as the majority of PCs get produced in countries like China. Even if the likelihood that exported PCs get infected with malware is slim, one has to realize that this is certainly a possibility.

To avoid operating an infected PC, Windows users who bought a new PC, and this includes desktop PCs, laptops and tablets, should scan it thoroughly before they run it. The best way to achieve that is to use antivirus software that you can boot from. Here is a selection of programs that you can use for that: 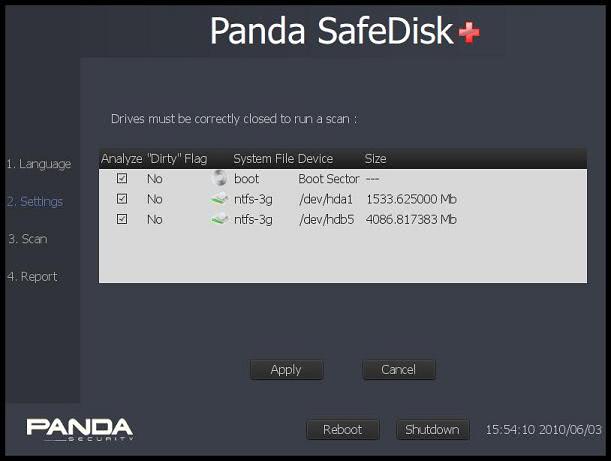 The process always contains two steps: burn the live CD to disc or copy it to an USB Flash Drive to boot your PC from the disc or device afterwards. I'd suggest to run at least one, better two, different security programs to make sure your PC is clean before you start booting into the operating system itself.

It is not recommended to boot in the OS to run a malware scan there as you may run into all kinds of troubles doing so depending on the malware that is operating on the PC.

This may look like overkill to some  and I agree that the likelihood of buying a factory infected PC in many parts of the world is slim. Still, I prefer to be safe than sorry, and since it should not really take that long to scan the PC, considering that it contains only the operating system and maybe some crapware the manufacturer installed on it, it is not that much of a nuisance after all.

Another thing: this is not an issue that is limited to Windows PCs. Since malware is installed during manufacturing, any device can be affected by this. And yes, this includes Linux and Mac systems.

Martin Brinkmann is a journalist from Germany who founded Ghacks Technology News Back in 2005. He is passionate about all things tech and knows the Internet and computers like the back of his hand. You can follow Martin on Facebook or Twitter
View all posts by Martin Brinkmann →
Previous Post: « Windows 8 Store Tops 1,500 Apps
Next Post: Windows 8: display resource use of apps »