Microsoft up until now has confirmed the upgrade pricing for the operating system during an initial promotional phase that lasts until January 31. Windows XP, Vista or Windows 7 users can buy a Windows 8 Pro upgrade for $39.99 in that period, or pay $14.99 if they have bought a PC with Windows 7 from an eligible manufacturer from June 2 to January 31, 2013.

What has not been revealed until now is the pricing for upgrades after that promotional period, pricing for the full retail copy of the operating system and for OEM licensing.

According to Tom Warren, Microsoft will offer the full retail version of Windows 8 ProÂ for $69.99 during a promotion phase that is ending on January 31, 2013 with all the other promotional offers. Afterwards, the operating system will be available for $199. If you compare the price to Windows 7, you will notice that you get the pro version of Windows 8 for the price of Windows 7 Home Premium, and not the comparable Windows 7 Professional version. 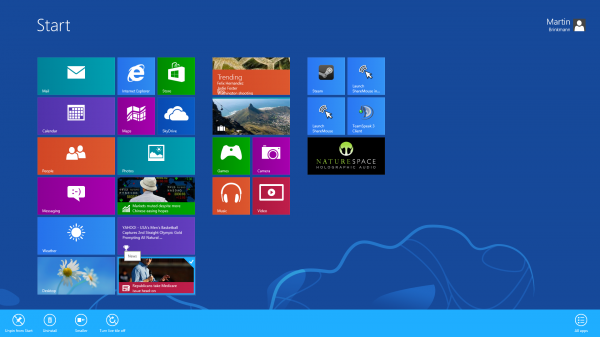 An upgrade from Windows 8, the regular version of the operating system, to Windows 8 Pro will be available for $69.99 during the promotional phase, and increase to $99.99 afterwards.

The pricing has not been confirmed yet by Microsoft and needs to be taken with a grain of salt until that happens. We are still waiting for pricing confirmation for upgrades after the promotional period, for the regular Windows 8 edition, and pricing for OEM versions of the operating system.

Most users interested in the new operating system will likely use one of the promotional offers to grab a copy of the operating system, even if they do not install or upgrade their PCs right away. The majority of sales afterwards are probably coming from PC hardware sales that come with Windows 8 included, and not from retail sales, since many PC users may prefer to buy a much cheaper Windows 7 retail copy instead.