There are a number of reasons why a closed-source project is turned into an Open Source project by its parent company or developer. Among them lack of interest by the parent company or developer, a drop in popularity, not enough resources to continue development, having been bought by another company, or a change of hearts. It is not really clear from the announcement why Digsby is going down the Open Source route but judging from the frequency of blog posts on the official site, it could be a bit of everything sans the being bought by another company part.

When Digsby started out it introduced a lot to the table that most instant messengers did not have to offer. It combines instant messaging with email and social networking, and while that leaves out video and audio chat, it includes pretty much everything else in a single interface. From popular instant messaging clients and protocols - AIM, MSN, Yahoo, ICQ, Google Talk, Jabber and Facebook Chat - over popular web mail providers like Gmail, Hotmail, Yahoo Mail, as well as IMAP and POP accounts, to connecting right to Facebook, Twitter, MySpace and LinkedIn accounts from within the interface. 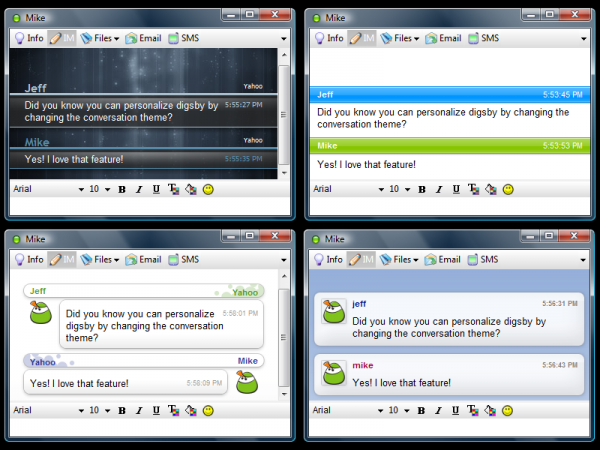 Implementations of features were not always working properly, which eventually led to part of the user base leaving for other services such as Trillian instead. Another reason why users may have moved on was missing support for mobile clients, which Triillian again excelled in as it is offering clients for Android, iPhone and Blackberry, as well as a web client.

According to the announcement the developers will roll-out the open sourced version of the Digsby client on Github in the coming weeks. This will mark the end for the Digsby Widget and the synchronization of data using Digsby servers. All settings from that moment on will be saved locally on the computer instead.

The move looks as if the company behind Digsby decided to pull the plug on the product. But instead of just canceling it right away, it decided to give the community the option to work on the product instead. It remains to be seen how well this will work out, and if users can forget the 2009 incident when public perception went down the drain.