Avast, the company behind the popular Avast Free Antivirus (and commercial security offerings) has just released an update that brings the client version to version 7.0.1451. This is the first major update of Avast 7 which has been released earlier this year. The update brings two new features, and several improvements and compatibility enhancements, and is therefor a recommended update for all Avast users.

Emergency Updater is the first new feature that is integrated in all three versions of Avast.Â  It has been designed for situations where the Avast updater is not working properly anymore. In the past, this meant that Avast users to to reinstall the whole program to get the updater to work again. With the Emergency Updater integrated into Avast, it is now possible to push updates even if the default Avast Service is not working anymore.

Avast users who have updated to the new version should see the avast! Emergency Update task in the Windows Task Scheduler. The task is triggered during log on of a user, and once daily, and does not need to be launched manually (even though it may be possible, it is located in C:\Program Files\AVAST Software\Avast\AvastEmUpdate.exe). This feature is a useful addition to the program, especially for users who already were in the situation where Avast would not update automatically anymore.

Avast SiteCorrect is the second new feature. It depends on the WebRep browser plugin which needs to be installed and active in the browser for the feature to work at all. You also should make sure that SiteCorrect is enabled in the program's advanced settings menu. It basically checks what you enter in the browser's address bar to make sure that you are opening the correct website. 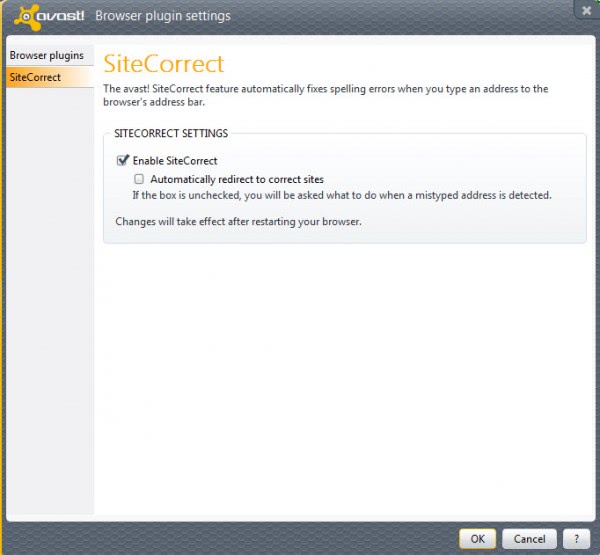 I tried mispellings and all but could not get the feature to work at all. Maybe it is only working with IDN (internationalized domain names) or is using a database of malicious sites that try to capitalize on this.

Improvements have been made to the sandbox module (only available in commercial Avast editions) and to the SafeZone module (also only in commercial editions).

New users can download Avast Free Antivirus, or a trial version of a commercial alternative, from the official website. Existing users should have received the new update by now.