Even though Mozilla would prefer users not to look at Firefox versions anymore, it is something that I like to keep track of to see what's changing in the browser. It is easier to compare Firefox 12 to Firefox 13, than it is to compare Firefox released in February, with Firefox released in March. Why? Because you might end up comparing the same browser versions, and come up with zero changes or feature additions otherwise.

Firefox 13.0 will be one of the first versions of Firefox that's bringing a lot of new features to the table ever since Mozilla switched to the rapid release process. It is definitely something to look forward to, and here is why.

The new version will introduce silent background updates which are designed to cut the time the updating process is visible to the user. Instead of having to wait seconds and sometimes even minutes for the update to be downloaded and installed, Firefox users beginning with version 13 are handled in the background invisible to the user. This is similar to how Google is handling Google Chrome updates.

But this is not the only major change in this version of the browser. Firefox 13.0 will also see an update to the reset Firefox feature which lets you fix the browser automatically by creating a new profile and migrating data to it. You can read more about Firefox Reset in the linked article. The current plan is to finalize the feature in Firefox 14. Mozilla aims to release the new hang reporter with Firefox 13, which is used to "collect, analyze, and fix browser hangs".

You may also have heard that Firefox will ship with a new tab page and home tab. The new tab page mimics Opera's Speed Dial feature. It displays nine popular websites with thumbnails and their page title. Firefox users can disable the feature to keep the blank tab page instead. The new home tab page opens when about:home is loaded in the browser. 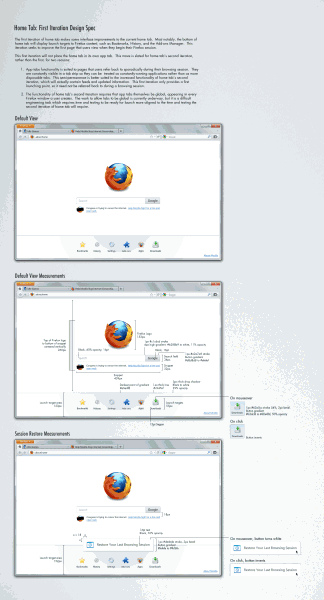 Firefox 13.0 may also get mandatory ASLR (Address Space Layout Randomization) on Windows for binary components, which improves the browser's defense against attacks targeting the browser's memory. Some third party extensions may stop working because of this and Mozilla will monitor the impact carefully on release.

You can download the Firefox 13.0 Aurora build in the next days from the official download site over at Mozilla.

Toucan: Can you learn a language while browsing the web?

A Year after other browsers, Chrome is finally getting a partial translate feature