SXSW, or South By Southwest is a large annual festival in Austin, Texas, that is bringing creative people and an ever-growing audience together. The festival features music, film and interactive performances. For the past eight years, music by the showcasing artists on the festival have been made available as public torrent files both to festival attendees and people from all over the world.

The collection has grown to one of the largest that is freely available on the internet only to be rivaled by heavyweights like Jamendo or the music section at Archive.org.

The unofficial SXSW torrents website lists all music torrents that have been released since 2005. Each year saw the release of one, two or three torrent files pointing to Gigabytes of music in total. The individual music file count starts at over 700 and goes up to 1300 in 2012.

If you already have a torrent client installed, or another program supporting the Bittorrent protocol, you can head over to the SXSW Torrents website to start downloading music right away. Keep in mind that you need more than 35 gigabyte of free storage space if you have the intention to download all of the music that is offered on the site. If you are only interested in the 2012 torrents, you end up with more than 1200 files that have a size of more than 7.5 Gigabytes on the hard drive. 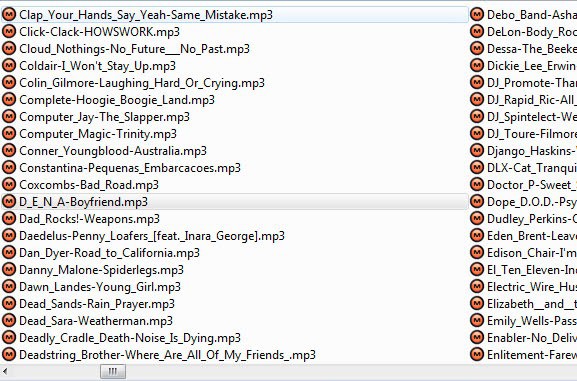 If you do not have a torrent client installed try qBittorrent or uTorrent. Both clients should run out of the box on most systems.

All songs are lumped together in one main directory sorted by artist name followed by the song name. Each song is tagged with the artists name and SXSW as the album. The genre is unfortunately missing and needs to be added manually later on.

With all songs displayed in a single folder, you do not really have an option but to listen to them one by one to separate the keepers from the ones that you are not interested in. (found at Torrentfreak)