Online games are a wonderful way to pass time or keep yourself amused, especially when you're bored or just want a break from the hustle and bustle of work.

Generally, these games are pretty simple in concept, and can hold ones attention for a considerable period of time. In most cases, the simpler or easier a game is, the more addicting it can become.

Update: Microsoft removed Bing Games from the Bing website and redirects all users to Zone on the MSN website. There, users may play games such as Bejeweled 3 or Solitaire.

Nowadays, there are number of sites where you can play games online including Bing, Google and a host of others. Bing games is actually very well designed and quite engaging. A few minutes of playing can easily lead to an all out online addiction!

Bing games are classified into seven different categories â€“Arcade, Puzzle, Casino, Word, Action, Word and Card. In this article Iâ€™ll go over some of the most popular and surfers' favorite Bing games, so buckle up and letâ€™s have a little fun with Bing games.

Here are some of the top and most popular Bing games: 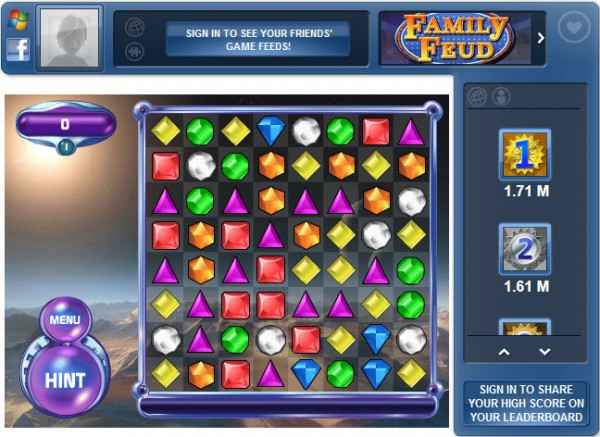 Unless you live in a cave, you probably have at least seen or played one of the series of Bejeweled games before now.

his new game is the sequel of the previous Bejeweled series, but it is bigger and better than the previous versions. To succeed at Bejeweled, you would have to switch two adjacent pieces to form a chain of glittering gems.

You can test your raw brain power a little bit by trying the various game modes. Bejeweled has earned its popularity, and continues to be a favorite choice among Bing game enthusiasts. 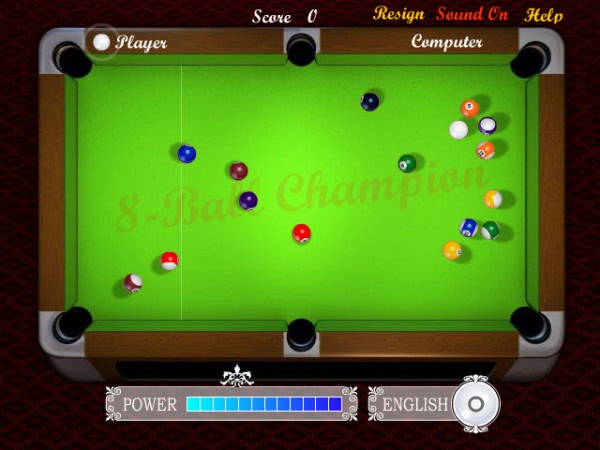 Amongst the different Bing games, 8-ball is one of the more deceitfully addicting choices. To play this game, you must venture into the virtual pool hall and put your pool chops to test. 8-Ball Champion very closely replicates a standard computer game of 8-ball. If you are a clever shooter, you can clear the table up in a twinkle of an eye. 8-Ball Champion actually makes you feel like youâ€™re at the pool hall, without the smoky atmosphere and danger of getting into a bar fight. If youâ€™ve ever enjoyed a friendly game of pool, I highly recommend giving it a try. 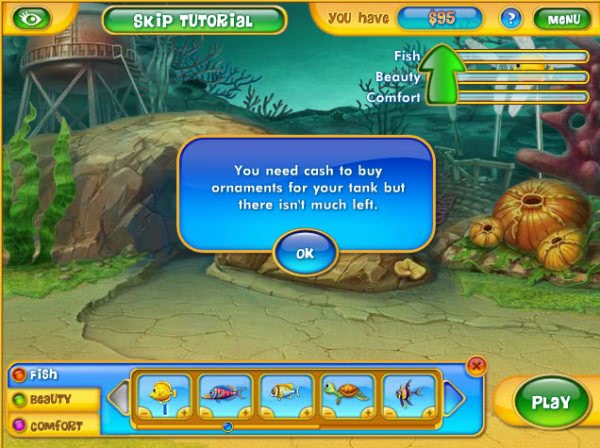 This game is one of the more popular Bing games youâ€™ll find online, hence its inclusion in this piece. You play Hidden Odyssey by creating a dream aquarium. You will have to dig up a number of hidden objects to gain points, which allows you to purchase mysterious creatures, select tank accessories, and take care of your underwater pets. If hunting for buried treasure sounds fun, and you enjoy the calming aesthetics of a nice aquarium, Fishdom H20: Hidden Odyssey is one you should add to your list.

Not exactly two things youâ€™d expect to be part of the same game, but Bing games are full of surprises, and in Plants vs. Zombies, they are indeed pleasant ones. This is another Bing game in which you need to guard your home with several zombie-zapping plants. Attack the undead by cleverly and swiftly planting cherry bombs, peashooters and some other kinds of plants all over the board. I donâ€™t know who came up with the idea of pitting zombies against Venus fly traps, but this game offers hours of fun, and deserves its place on the list. 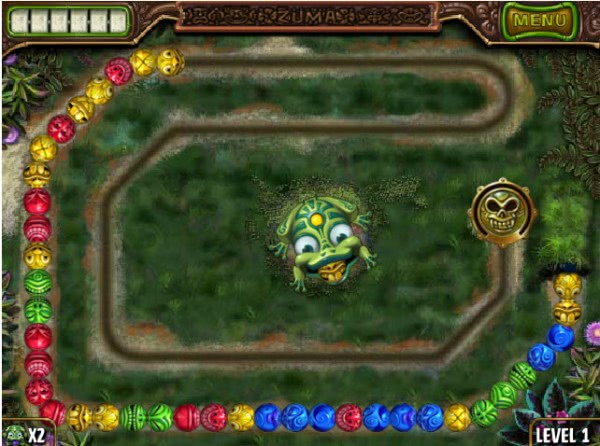 Amongst the various Bing games, Zuma's Revenge is one of the more commonly played and is a favorite on many online gamers. The object of the game is to shoot several colored balls into one another, so as to reduce the chain and prevent it from getting to the other end.

Zuma's Revenge is a classic game that tends to get more complex as the play progresses, but the player gets help in the form of special combos and shots. The challenges get more exciting with each round; making this quite an addictive choice, so consider yourself forewarned.

The main goal of playing this game is to assist Midas fight mythical monsters and end an ancient spell. This is done by pivoting tiles and connecting Talismans to make coins. Then you have to cram the scale with coins to finish each game level. The graphics are great and the monsters get more ferocious as the game goes on. A few rounds of Talismania will have you feeling like Persius in the Clash of the Titans. 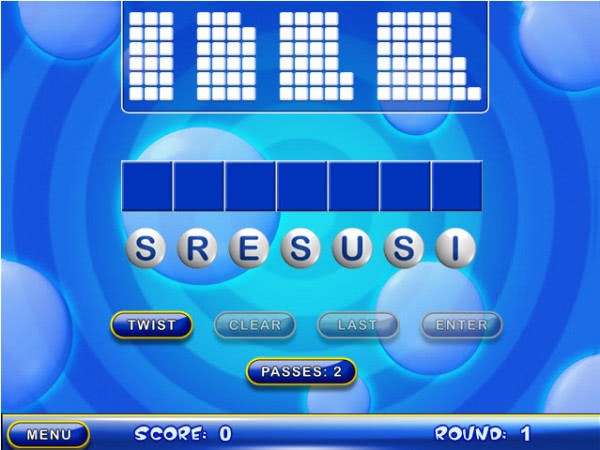 This is a word-based game that tests your level of vocabulary. Just like the regular scrabble game, you get a bunch of randomly selected letters to form words. Put your vocabulary skills to test and see how many points you can score with your words. It can be more difficult than it sounds when youâ€™re stuck with limited letters to work with, but it offers great brain-testing fun. If played with the goal in mind, Text TwistÂ  can improve your vocabulary and spelling ability while you play, making it a great choice for students of all ages. 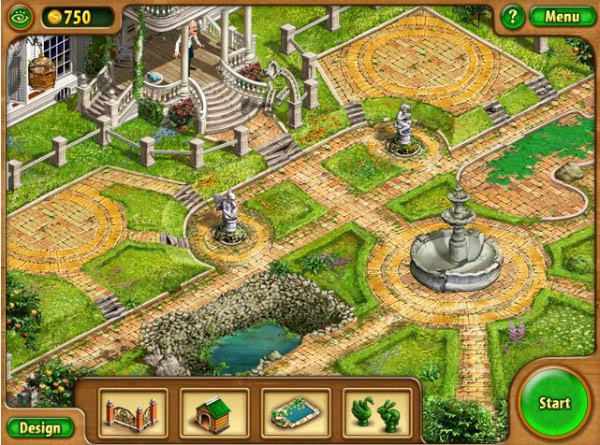 Gardening games are huge now, and this is a garden related game where you are rewarded for growing magnificent plants and vegetables. GardenScapes allows you to sell hidden items from a mansion estate to make more money and restore the landscape to its earlier glory. Create your own lawn's layout, tailor with accessories, and finish in the Best Garden challenge with the assistance of Austin the Butter. This is a great choice for garden enthusiasts, especially during the winter months when traditional gardening is put on hold.

Bing games offer something for everyone, so next time youâ€™re looking for a little online game entertainment, give some of the above mentioned games a try and see which becomes your new favorite. They are all pretty easy to learn, and have fun graphics and sound effects that quickly get you hooked. Youâ€™re bound to find one you like form the list above. Get friends and family members to play as well, as this will make it more fun for everyone.

Please note: Some of the games on Bing Games contain in-game advertisement, while others may be limited in functionality. There is however usually at least one game mode that you can play for as long as you want.

Have you ever played games on Bing? Or do you prefer a different gaming site for that?