Microsoft: Attachments Suck, Use SkyDrive Instead

With the average user receiving 15 emails with attachments per day, one would think that companies would have come up with ways to get rid of annoyances and issues caused by attachments. From bouncing emails because of attachment size limitations over sending multiple versions of the same file to storage issues. Most users know from first hand experience that email attachment have limitations.

Microsoft has launched a campaign that aims to convince users that SkyDrive resolves all the core issues and limitations of email attachments. For that, an infographic and website were created. The infographic is backed up with data derived from two studies Microsoft conducted in the past two years. 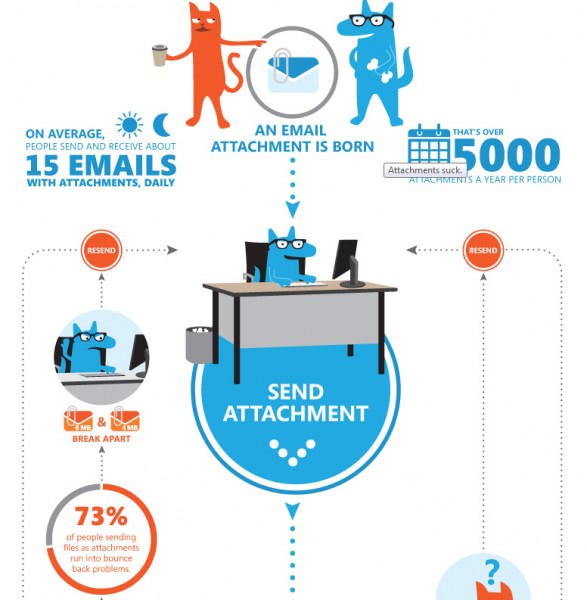 It lists all the issues and problems that the majority of users run into when sending attachments via email.

Several of the statistics posted are quite interesting:

Some stats seem awfully high, like the number of attachments per day, or the 73% bounce backs. These issues are however not uncommon in work places, where you may receive that amount of attachments regularly. Even if the count is lower, the underlying issues remain and may need to be addressed.

When I look at my accounts, I have to admit that I do not save email attachments locally, and that I sometimes receive multiple versions of the same file. The bounce back on the other hand was never a problem thanks to my tech background.

Microsoft's solution? The company's cloud hosting service SkyDrive which not only offers larger file sharing but also document editing, collaboration and versioning as well. To further proof the point, Microsoft is pitting SkyDrive against competitive services like Dropbox, Gmail or Google Docs. The result? See for yourself. 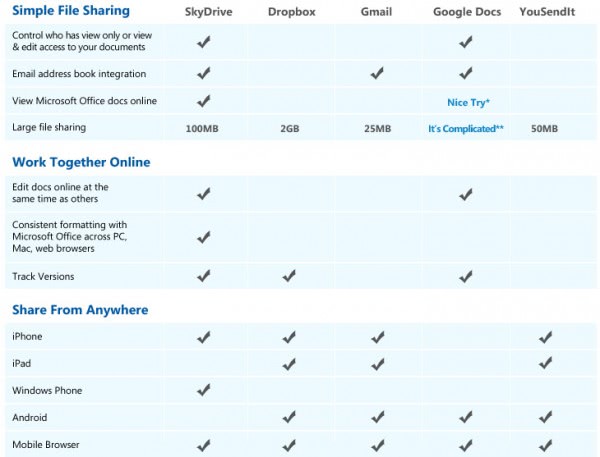 Is Microsoft SkyDrive the better way of sending files to other users? What's your take?

Thunderbird 91 updates to 102 are now enabled for manual seekers