The Windows 8 "Consumer Preview", What's in a Name?

It is widely expected that when Microsoft launch the Windows 8 beta in a few weeks that it will be labelled the "Windows 8 Consumer Preview".Â  This has alarmed and concerned many IT Pros who feel that Windows 8 is cutting them out with Microsoft putting all the focus on consumers and tablets with its new Metro interface.Â  I thought this deserved some discussion, especially in light of the concerns that IT Pros, businesses and enthusiasts currently have.

Let's look first at the missing IT Pro features in the Developer Preview and whatÂ this releaseÂ was actually for.Â  Microsoft are going after the tablet market aggressively, frankly they have no choice to do this now or to wave goodbye to it forever.Â  This is why Windows 8's new Start Screen and Metro apps have been engineered the way they have.Â  Nobody can blame them for this either.Â  As we all now know from smartphones and tablets, any platform will live or die on the quality and quantity of the apps available for it.Â  Let's just look at what happened to HP's TouchPad, with the same now beginning to happen to the RIM Playbook.

For this reason it is essential that Windows 8 have a critical mass of Metro apps available in the new Windows store on the day that Windows 8 goes on sale.Â  The only way to do this is to start early, and the only way to get developers writing for the new interface and platform is to give them a copy to play with.Â  It was far from essential therefore that anything other than Metro was actually working for the giveaway date at their BUILD developer conference last September. 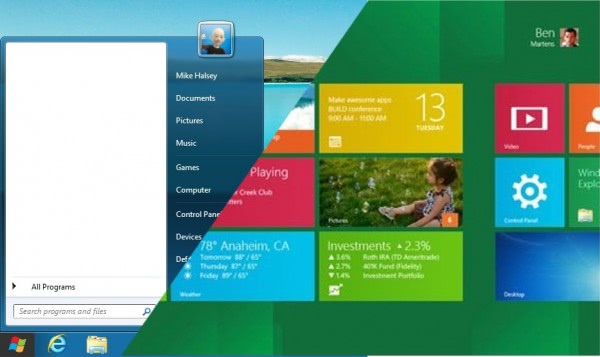 This doesn't mean that Windows 8 will be bereft of IT Pro features, it just means that Microsoft's focus in the run up to September was finishing Metro and making sure it was stable.Â  Microsoft have told me privately that plenty of new features for IT Pros simply weren't finished by then.Â  They are coming and will all be finished for the beta.Â  In fact that build of Windows 8 will already have been signed off by now and will be going into escrow this week.

Microsoft have a huge mountain to climb in the tablet market and they've got to create a buzz with the beta.Â  Some people at the company have admitted to me privately that the company made a mistake in releasing the Developer Preview publicly instead of just through developer channels.Â  People downloaded it, expecting it to be a finished product and it simply wasn't.Â  This has resulted in the new OS getting large volumes of negative publicity and people damning the finished product when they've actually seen less than half of it.

So why Consumer Preview then if IT Pros hated the Developer Preview?Â  Microsoft need to get consumers worldwide downloading, installing and using the Windows 8 beta in their multi-millions.Â  They need people talking on blogs and forums and in the press about how much they love it to spur on developers in writing apps for the platform.Â  Microsoft haven't released any figures yet about how quickly Metro apps are being written, but this could mean it's off to a slow start potentially.Â  Generating excitement and press coverage then is huge.Â  This doesn't mean that the IT Pro features won't be there, just that Microsoft have got to get Metro off to a flying start from being three or four years behind the market leaders.

The company will also want to completely differentiate the latest release from the Developer Preview by indicating that they were both completely different builds and intended for completely different audiences.Â  Simply calling it the beta next month wouldn't do this and many people might assume that it will just include a few tweaks and bells on top of what was seen in September.Â  Thus this differentiation is absolutely necessary.Â  Especially given Microsoft's private admission that a public release was an error last time.

The other reason to call it a Consumer Preview is that, for a while at least, all the media attention will be on the new Metro interface.Â  Microsoft know this and will try to use this coverage to spurr on app developers.Â  In short it's actually quiite a clever move calling it this.Â Â  It doesn't mean, as I've already said, that it won't include the ability to switch off the new Start Screen, or won't include Hyper-V, new multi-monitor tools and much more besides.Â  It is, frankly, just a name and IT Pros need not be concerned any longer.