Channels have moved into the focus on YouTube with recent updates, and the new browse pages reflects that. According to Google the updated page helps users "find even more great Channels on YouTube".

The new browse page on YouTube divides contents into categories on the left side. You can now browse categories like gaming, science and technology, or sports more easily. Each page displays the most viewed videos at the top followed by popular videos and select channels 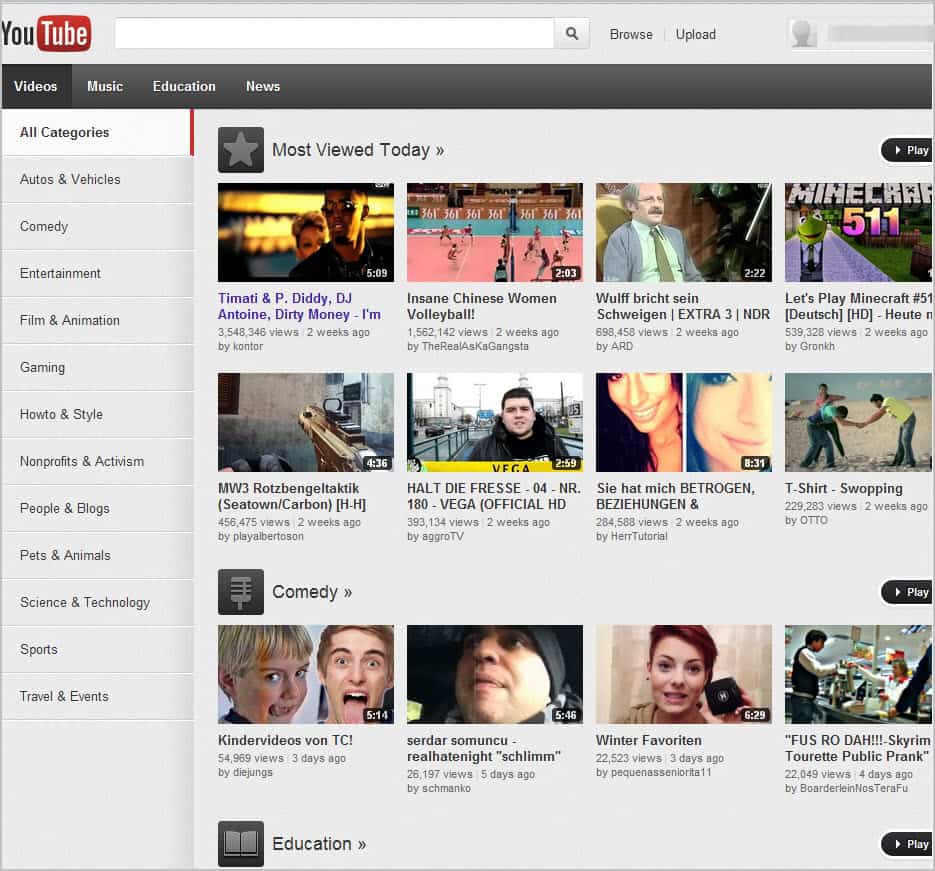 Here is is then possible to click on a specific video to watch that video on YouTube, or on a channel name to open that channel on the website. YouTube users and companies listed on the pages should benefit highly from the new exposure.

YouTube has improved the capabilities and look and feel of the site's video editor. The video editor has received a visual overhaul, a "cool new timeline, easier clip trimming and a moving playhead". 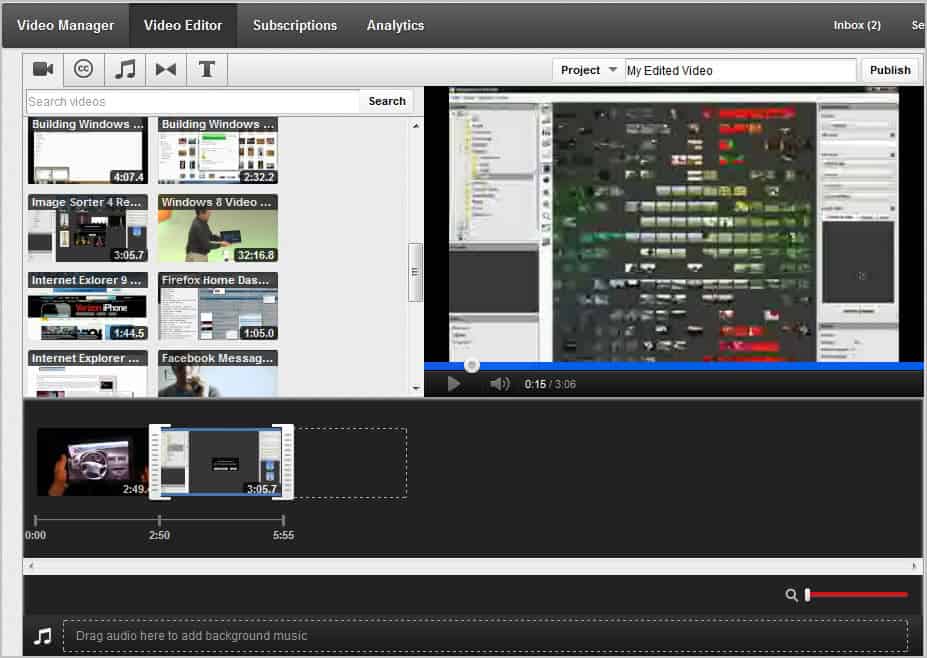 One interesting feature that is now available is the ability to join multiple uploaded videos into one. This is done by dragging and dropping the videos on the timeline. The video editor is a useful tool for basic or last minute video editing. On the downside, it does not come close to the functionality that desktop applications like VirtualDub provide.

Last December's update of the Video Manager did not play well with many YouTube content producers. The new video manager resolves some of the issues that users had with the update. Likes and dislike statistics have for instance been re-added to the manager interface. Sorting videos by popularity has also returned.

The video manager furthermore has received a visual update, an improved "display of scheduled uploads and claimed videos", and a search history.

You can read the announcement over at the official YouTube blog.

Martin Brinkmann is a journalist from Germany who founded Ghacks Technology News Back in 2005. He is passionate about all things tech and knows the Internet and computers like the back of his hand. You can follow Martin on Facebook or Twitter
View all posts by Martin Brinkmann →
Previous Post: « Google To Start Tracking Users Across Services
Next Post: Microsoft's Guide For Gmail Users To Switch To Hotmail »