You can then start creating tasks by selecting one of your Dropbox folders and one of the available actions. Only existing folders can be selected on the Automator website, new folders need to be created on the Dropbox website or on a PC connected to Dropbox. 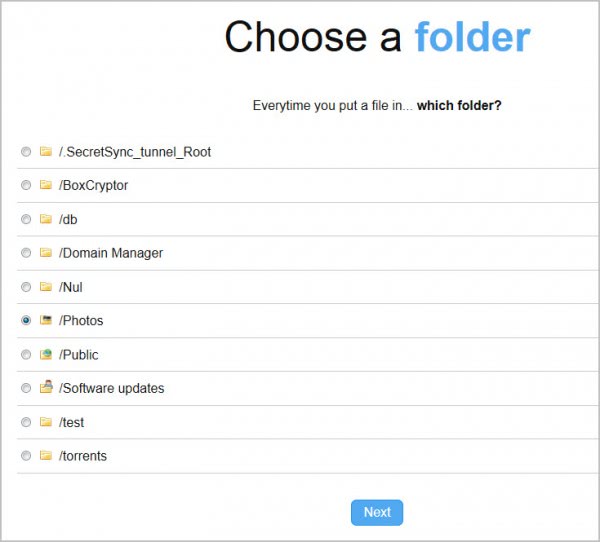 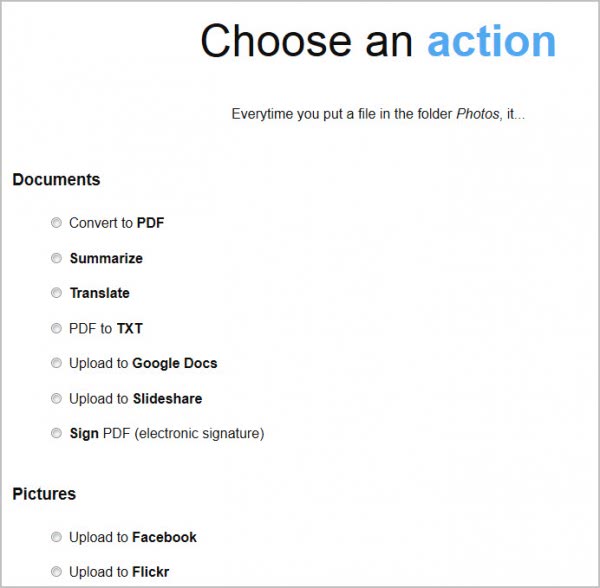 Four groups of actions are available:

Some actions require you to enter parameters, for instance ftp login information, selection of a photo effect or an email address that should receive the notifications.

Some actions use programming function names instead of better readable and explanatory names. This can be confusing at first, considering that action.pics.writeOnImage.text is not as self-explanatory as Text to Write.

Processing time depends largely on the selected tasks and the server load. The original files are moved to the processed folder where they are kept, the processed files to a results folder. It can take quite some time before the process completes.

Multiple actions can be configured for a folder. You could for instance translate a document and convert it to pdf, or resize a picture before it is uploaded to Flickr.

Dropbox Automator is a useful tool for Dropbox users who are currently processing files manually before they put them into their Dropbox storage. The developers need to work a bit on the descriptions displayed to the user. A progress indicator would also be useful. (via Lifehacker)