In the first year since Microsoft's Windows Phone smartphones first launched I've tested and reviewed a fair few handsets and I've been able to get a good insight into how the operating system translates onto different hardware types.Â  Of the current crop of phones none have been more hotly anticipated than Nokia's first outing with Windows Phone, the Lumia 800.

The handset that Nokia sent me was the black model that's the first time come to market.Â  The Lumia 800 will soon be available in several colours including a very fetching pale blue.Â  It's almost identical in the hardware to their recent MeeGo handset, the N9 and is very fetching too.Â  The glass expanse on the front that covers almost the entire front of the handset is extremely attractive and the build quality overall is of an extremely high quality. 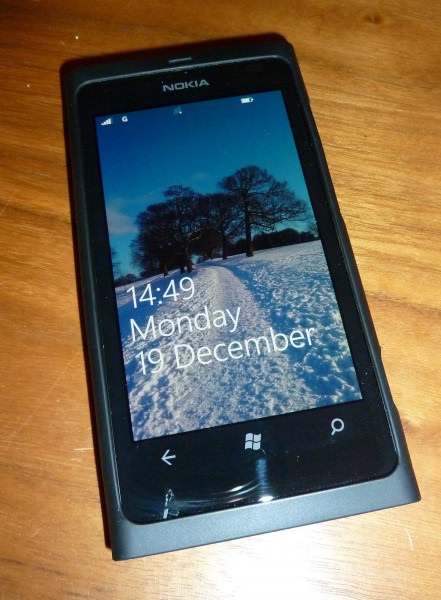 Internally it's a little better than other Windows Phones with a 1,400MHz processor, the usual 512Mb of RAM but a healthy 16Gb of storage.Â  There are also all the features you'd expect in a modern smartphone.Â  Externally the handsets sports a 3.7 inch AMOLED screen and an 8 MP camera with a Carl Zeiss Lens, usually the preserve of companies such as Sony, a a dual LED flash.

There is little doubt in my mind that the Lumia 800 is a thing of beauty and every bit as desirable as the Apple alternative, if not even more so.Â  When you actually live with the handsets though is the experience always as pleasurable?Â  I set about finding out.

The Lumia 800 has had a difficult birth.Â  When Microsoft and Nokia first announced their strategic partnership early this year there was a great deal of pressure already on the Finnish phone maker.Â  Their ageing Symbian operating system was failing in the market, their MeeGo platform with Intel was going nowhere and the company was admitting it was in trouble.Â  Nokia needed Microsoft as much as Microsoft needed Nokia.Â  This wasn't a love-in, it was more like a desperate marriage to keep both parties afloat.

Despite a huge marketing campaign surrounding the Lumia 800 rumours have abounded of sluggish sales.Â  The company has also had to rush out a patch to fix an issue with poor battery life. 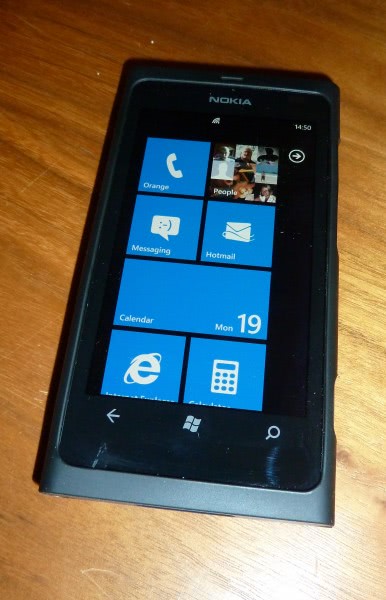 It's a little heavier than some other Windows Phones, at 142g, and there's not really any indication as to why as there's not much more here than you'd find anywhere else.Â  Some people do like a slightly weighty phone though so they can feel it on their person.Â  It's far from heavy though and will fit in a shirt pocket without sagging.

The screen is slightly disappointing.Â  It actually looks small under such a huge expanse of glass.Â  It's lacking contrast too with whites looking a bit creamy on medium brightness.Â  Finally it suffers from the curse of all AMOLED screens with the live tiles in Windows Phone looking a little fuzzy around the edges if you get close.Â  The camera is a little disappointing too with images looking a bit washed out.Â  The camera with the Xenon flash on my Own HTC Mozart is far better and even the camera with an LED flash on the new HTC Titan is a big improvement over the Lumia.

I also have concerns about the USB socket.Â  This sits behind a plastic pop up flap on the top of the handset, next to the headphone jack.Â  The effect makes for a very clean outer but I can't escape the nagging feeling that this flap will probably break over time, especially as you need to charge modern smartphones every day.The battery, like the iPhone, is non-removable but this shouldn't be a problem for most. 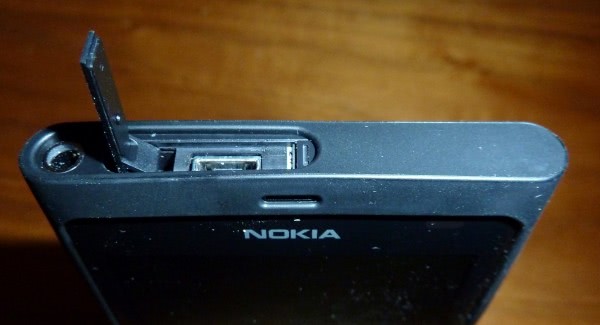 It's in the software though where this handset shines.Â  The Nokia Drive satnav app is by far the best addition with downloadable maps for most countries in the world available for free.Â  This enables you to use your phone as an in car or walking satnav without having to worry about maintaining a data connection.Â  This single app makes the Lumia 800 worth having on its own.Â  Elsewhere the custom Nokia software is less inspiring and mostly duplicates, though happily doesn't replace, the in built Windows Phone apps for music and mapping.

So what do I think of the Nokia Lumia 800 Windows Phone overall and am I disappointed?Â  In short I'm certainly not disappointed and I'm looking forward to using the phone in anger over Christmas and New Year.Â  It's s perfect fit in the hand and very comfortable to hold when making calls, something not every Windows Phone is.Â  The software and hardware package overall is quite simply superb and the inclusion of a protectivive silicon rubber case and a low-profile charger means that for a first Windows Phone from Nokia I believe we can expect some very exciting things from the company going forward.

Previous Post: « EXO PC Unveil the Future of Touch
Next Post: « How will we control the computers of tomorrow?