Program removal under Windows is often not as thorough as it should be. It happens more often than not that program traces remain on the computer. This can be empty folders, files that the program created after installation or Registry entries. And while that's usually nothing to worry about, it may have consequences. Among them privacy issues, empty folders that clutter your sight and sometimes even compatibility issues if you try to reinstall a program or install a new version of a program.

Revo Uninstaller is one of the most popular third party programs to clean up leftovers after program uninstallations in Windows. The program runs the default program uninstaller first, before it scans the system for leftovers to make sure that no traces remain on the PC. 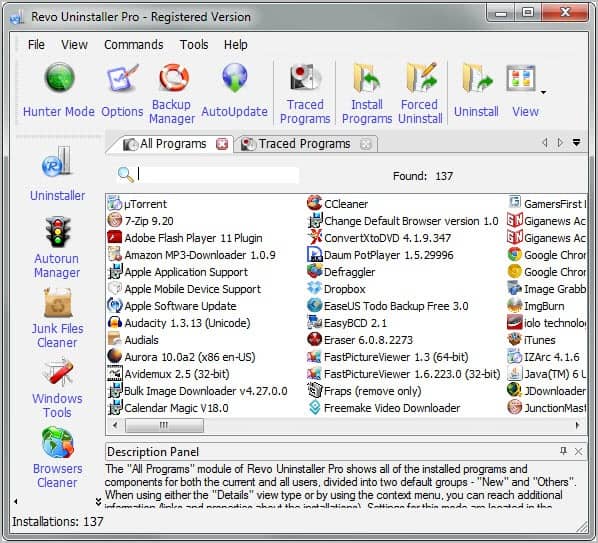 The application displays a list of all installed programs on start up. The list is immediately available and divided into new programs at the top and all programs below that.

All functionality provided by the free version of the program is available in the pro version. The interface displays all program modules of Revo Uninstaller Free more or less in the same place. New options have been added to the interface. This includes a sidebar menu on the left linking to a set of related tools (which are also available in the free version but there only under Tools), additional options in the main menu bar and tabs to display multiple program modules at the same time.

The program uninstaller works nearly identical to that of the free program version. A few differences exist that are worth mentioning. It is first possible to configure and manage program groups in the pro version. You could move all important programs in a work group, or all Internet applications into the Internet group. This can be used to distinguish important apps from ones that can be removed from the system.

The pro version creates a system restore point and a full Registry backup before running the default program uninstaller and its cleanup module. The cleanup module benefits from advanced scanning algorithms that are not integrated in the free version.

What's more? A forced uninstall feature is available to get rid of program remnants that are not listed (anymore) in the installed program list. That's useful for instance if you have deleted a program directory accidentally, or when you want to remove partially installed or uninstalled programs. 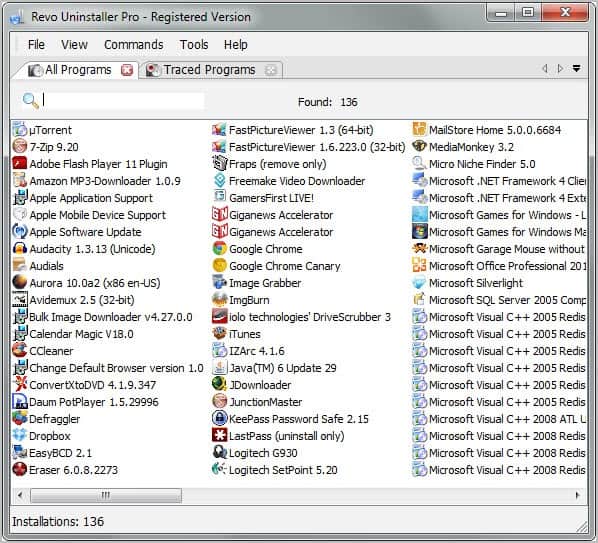 The program options display several interesting preferences. Registry keys, folders and files can for instance be excluded from being analyzed and included by the program during cleanup. 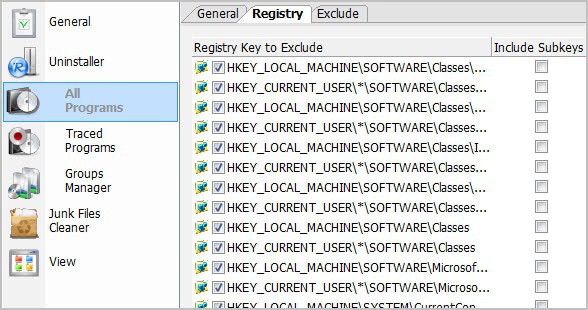 Revo Uninstaller Pro tops the free version in many regards. Backups, full 64-bit support, real-time monitoring of program installations, and forced uninstallations are all features that extend the free version's functionality. The developers could work on the reporting and log accessibility though. An option to create uninstallation reports would come in handy in business and professional environments.

In the end it all comes down whether you are satisfied with the functionality that the excellent free version offers, or if you need one or multiple of the features that the pro version adds on top of that.

Both the free version and a 30-day trial version of the professional program version can be downloaded from the developer website. A portable version is offered there as well.

We have 19 Revo Uninstaller Pro licenses to give away today. Please leave a comment in the next 24 hours to take part in the drawing. Winners will be announced on our Facebook and Google Plus pages.