Twitter today announced redesigns for all platforms the social messaging site is offered for. This includes the web version for desktop PCs as well as clients for Android and iOS systems. Twitter users interested in the changes can head over to the Fly page on Twitter for a first impression of the things to come. It is interesting to note that mobile clients for Android and iPhone are already offered, while the iPad version and desktop versions are said to roll out in the coming months.

The new Twitter web design has seen big changes. The homepage displays a left sidebar now with information about the Twitter user, follow suggestions and trends, and the main area that displays with the most recent tweets. 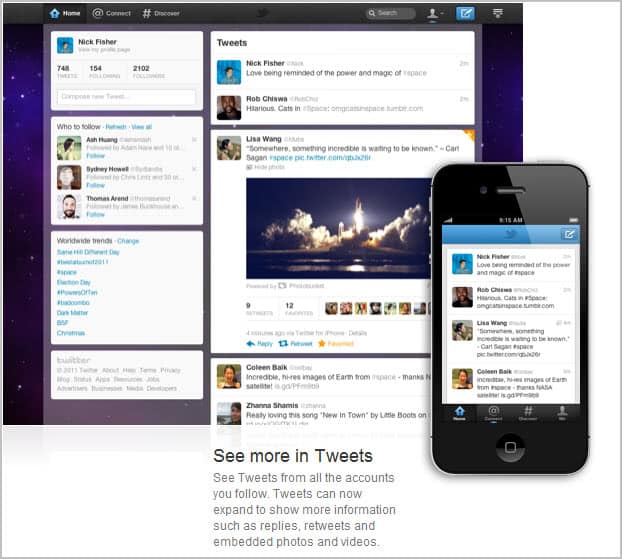 A new tab menu with four new tabs has been introduced that looks and behaves the same on all platforms that Twitter is available on.

The four new tabs Home, Connect, Discover and Me are explained on the Fly page, only this much:

A video has been created that demonstrates the capabilities of the new Twitter.

Not every Twitter users seems to be happy with the redesign. Especially the placement of direct messages under the Me tab makes it highly uncomfortable to reach. Even more concerning than this design decision are ads that have been spotted by users such as Abraham Vegh. 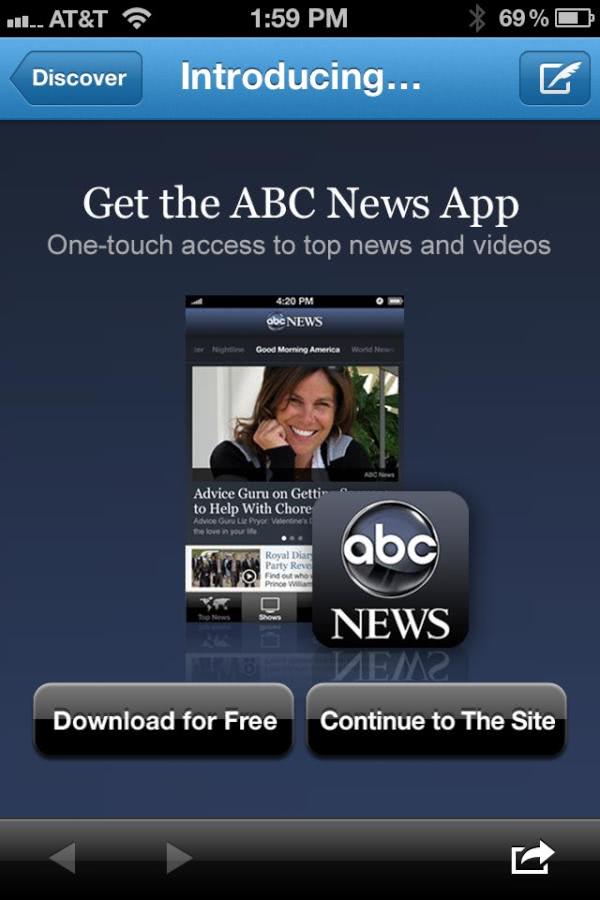 This particular ad appeared as an intermediary page on one of the mobile clients. I cannot really say if this is something that all users will see or if it is restricted to particular users, countries, platforms or other parameters.

If you are using the new Twitter mobile clients, have ads been displayed to you? Let us know more about if if they did. (via)

Update: Abraham who posted the original tweet has now posted a correction stating that it "*may* have not been a Twitter-imposed ad".

Have you seen ads on the new mobile Twitter clients?