Update: It is interesting to note that you can still sign up for pre-releases of Microsoft Security Essentials on Microsoft's Download Center. This version is no longer limited to a certain number of users though.

Microsoft's free security software, Microsoft Security Essentials, has become a very popular program in the world of Windows. There is no single reason for that, factors that weight in heavily are that it is free, relatively lightweight and unobtrusive, and that it is developed by Microsoft directly.

Microsoft yesterday opened registrations for the next version of Microsoft Security Essentials. Users who sign up early enough will get a chance to test the beta version of the security software before anyone else can do. Beta spots are limited according to the announcement on the Technet site and served on a first in first out (fifo) basis.

The beta will be released soon, considering that it will be made publicly available at the end of the year. More interesting to a wider audience, especially those who run Microsoft Security Essentials, are the planned improvements and new features that Microsoft is currently working on.

The new version of Microsoft Security Essentials comes with a new protection engine offering enhanced detection and cleanup capabilities. One of the improvements in this regard is automatic malware remediation, which basically means that the security application can clean "high-impact malware infections automatically" without user interaction. 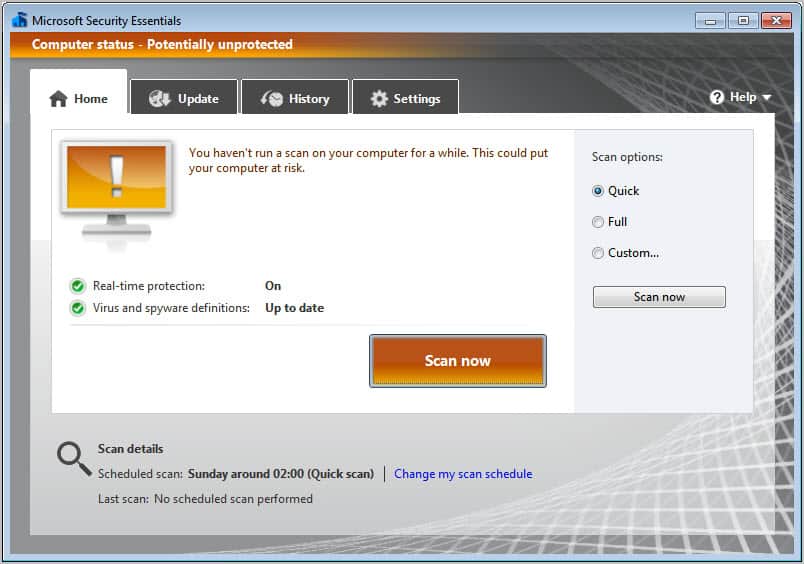 Add to that better performance to avoid negative performance impacts on PCs running Microsoft Security Essentials and a simplified user interface. It will be interesting to see how the simplified UI looks like, considering that many consider the current MSE interface bare-bones.

The improvements all make sense, especially the new protection engine with its updated detection and cleanup capabilities could improve the application significantly.

Users who want to sign up for the beta program need to have a Windows Live account. It is possible to create one on the sign up page or use an existing one.

It does not make much sense for most Windows users to sign up for the beta, considering that it will be available later this year for the general public.

Regardless of that, it is good to see that Microsoft is improving the free security software continuously. (via)

Previous Post: « How to get your Microsoft Office Files to Open after Office 2010 Trial Expires in Windows 7
Next Post: New SkyDrive Features Launch from Microsoft »