Update: The experiment is over and no longer available.

A black toolbar is displayed on almost every Google property. The bar displays links to popular Google services as well as options to sign in and to open the settings configuration menu. The black bar is part of a global redesign of core Google services, and has been only recently added to those web pages (see New Google Sign-In Page and Change Google’s Black Navbar Back To White as starting points).

François Beaufort discovered (likely via Motou Xiao) that Google is already experimenting with a new toolbar layout that changes the display significantly (again).

The two commands show what's inside. They do not trigger the new menu, and are probably only interesting to developers or coders who know they way around JavaScript.

I tried to run the commands but could not get them to work. The menu looks like this. 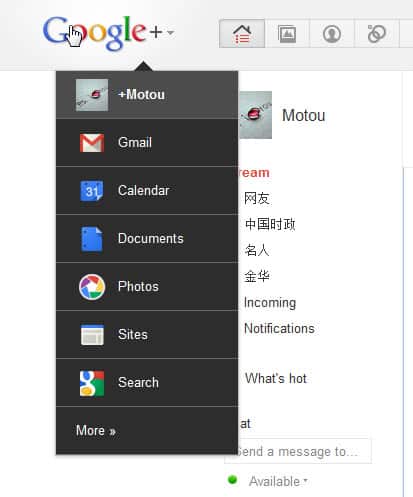 The new toolbar, or toolbelt as Google calls is, is a dropdown menu that appears when a user clicks on the arrow next to the Google icon on a page where it is enabled. The dropdown menu displays the very same links that are displayed in the black navigational toolbar at the moment.

It is not clear if Google will remove the black toolbar on all of its properties to replace it with the new menu layout, if it is a Google+ only change or if project Kennedy won't make it to a public release.

The benefit of the new layout should be obvious: More screen estate for the site's contents.

What's your take on the new layout? Do you think that Google will go ahead and make it the new default design for their pages?