Of all the laptops available at the moment, the two categories that interest me most are ultraportables and full desktop replacements.Â  Ultraportables can be incredibly useful for life on the move due to their small size and incredibly light weight.Â  For regular laptops to be useful though for anything more than light use is unusual however asÂ they have neither the advantages of an ultraportable nor a desktop replacement.

For me desktop replacements have to be good to earn the name.Â  They have to genuinely be able to replace your desktop and this means at least a Core i5 processor, lots of memory, huge volumes of hard disk space and, crucially, a large screen.Â  My own laptop is a desktop replacement workstation, the Dell M6600 which is an absolute monster with a price tag to match of around $4,000, but it's possible to get much of the same for significantly less.Â  A couple of months ago I reviewed Samsung's RF711 gaming desktop replacement laptop which comes in at under $1,000 and, while it may make a few compromises such as not having a full HD 17 inch screen, it does come packed with a Core-i7 chip, 6Gb of Ram and twin hard disks. 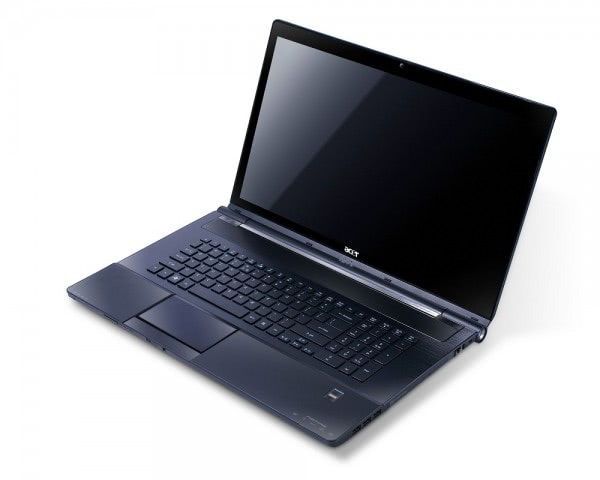 Now though Acer have stepped into the frame with the new Aspire Athos 8951G and it's got a very interesting little trick up its sleeve.Â  This is the most enormous laptop I've ever seen with a huge 18.4 inch full HD screen.Â  It's over 40 cm wide and weighs more than 4Kg.Â  Inside though the package is very impressive with my model packing a quad core 2.2GHz Core-i7, 8Gb of DDR3 ram (expandable to 16Gb) and two 500Gb hard disks.Â  There's an nVidia GeForce GT 555M graphics card with it's own dedicated 2Gb of memory and the customary extras you'd expect such as 802.11n WiFi, Bluetooth 2.1 (though not 3.0), three USB 2 ports, a USB 3 port, full HDMI, FireWire, 6 in 1 card reader, VGA, Gigabit Ethernet and e-SATA.Â  There's a webcam built into the bezel and a fingerprint reader below the keyboard.

All this comes in, with a Blu-Ray reader at around $1,400 which is more than the Samsung, but it offers more, and is considerably less than the Dell.

It is a very attractive machine finished in jet black brushed metal with matching high-quality plastics throughout.Â  There are a few small touches of silver finish, a large speaker grille above the keyboard with loud, punchy sound that admittedly lacks range, and a sub-woofer underneath. 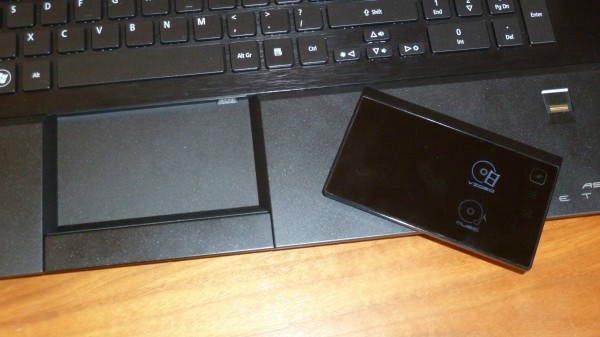 The keyboard is a full size, scrabble-tile affair and, while I would have liked full size cursor keys on the machine this large, the keyboard is well proportioned and easy to use.Â  The keyboard is backlit too, very helpful, but with only a single brightness setting; or two if you include off!Â  It was disappointing not to see seperate volume and media controls however, but this may be because of the Acer's party piece.

The full HD 1920 by 1080 screen is glorious, with a glass-effect finish (it's actually a plastic coating) that give the machine a feel of real luxury.Â  What it lacks in brightness against some others it makes up for with its sheer size and impact.

Battery life is perhaps less impressive, the 6000 mAh battery will last a maximum of 5Â½ hours on light use but more likely 3Â½ to 4 hours in general use.Â  Play a game on it and, like the Samsung, you'll be lucky to get 45 minutes out of it.Â  Build quality is much better with no show-though when I poked the pack of the screen and solid build quality throughout.

The 8951G's party piece though is the removable trackpad which doubles as a media controller.Â  Flip a switch on the front of the laptop and out it pops to work wirelessly.Â  Press a button in the top right and media controls illuminate, it's really very clever and works at some distance.Â  While you can click it, though it's not multi-touch, this sadly pushes the chassis mouse buttons to the very front of the edge of the case, which feels odd. 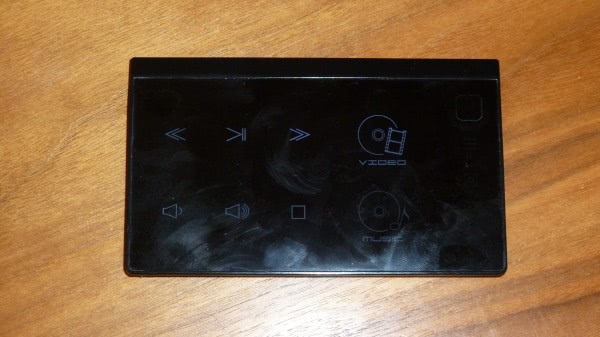 Alas it's as a trackpad that the faults begin to appear.Â  The trackpad has quite a sticky surface which often makes it feel you're physically trying to shove the cursor across the screen.Â  It also doesn't have a rubber or grippy bottom, so you won't be using it to the side of the laptop like Apple's Magic Trackpad.

On a desktop replacement machine however you're more likely going to be using this in a static location with a mouse, and in this configuration it's simply superb and hugely powerful.Â  It's pre-loaded with huge volumes of bloatware and trialware, which I hate, but once you've uninstalled all that it's a desktop replacement in every sense of the word.Â  I wouldn't even know how to fill 1Tb of storage on a laptop and I have millions of files!

Overall the Acer Aspire Ethos 8951G is a hugely powerful and hugely impressive machine.Â  It may be pricey, but it's not much more than a comparable desktop with all the advantages a laptop brings.Â  The trackpad lets it down so you'll really want to get a mouse as well.Â  But overall, it's an excellent purchase at a very sensible price.

Previous Post: « USB Big Mouse
Next Post: « HP May Shut Down WebOS After All. What Does it Mean?