One of the issues that I hear over and over again when I talk with other Firefox users about the rapid release process is that users are tired of updating the browser every six weeks, and especially so if the update turns out to be another "under-the-hood" update where no changes can be spotted right away.

Another common complaint is add-on compatibility, and here in particular the problem that add-ons may be considered incompatible by the web browser whenever a new version of it gets released by Mozilla.

Brian Bondy addressed one of the issues in a post entitled "Mozilla Firefox and silent updates" on his personal blog. In it he mentions that Windows' User Account Control is a minor annoyance for Firefox users considering that the prompt will be displayed whenever the web browser is updated.

His plan is to find a way to bypass UAC prompts during updates after it has become clear that the user has enough permissions on the system to install and update the web browser.

Mozilla is currently experimenting with a Windows service approach. According to Brian, the Mozilla Application Updater service would be an "optional component" that users of the browser could install to automate the "software update process better". 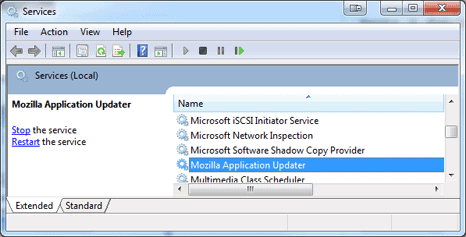 Those of you who follow the development of the Chrome browser may now think that this is exactly what Google is doing to update its web browser. And while both techniques have similarities on first glance, there are fundamental differences under the hood. The Firefox service for one is an optional component which Firefox users can uninstall or disable at any time. Firefox will receive updates in the future even with the service uninstalled, stopped or disabled. The browser will simply switch to the old way of updating.

Mozilla tries to tackle the frequent update fatigue issue from other angles as well. The organization plans to make add-ons default to compatible during updates in the first quarter of 2012. This basically means that Firefox will no longer assume that add-ons do not work with an updated version of the browser.

The benefit here is that fewer users will see the update prompt. Firefox for some time now downloads new versions of the web browser in the background and will install them as well unless add-ons are found to be incompatible. This can be changed under Firefox Options > Advanced Update. 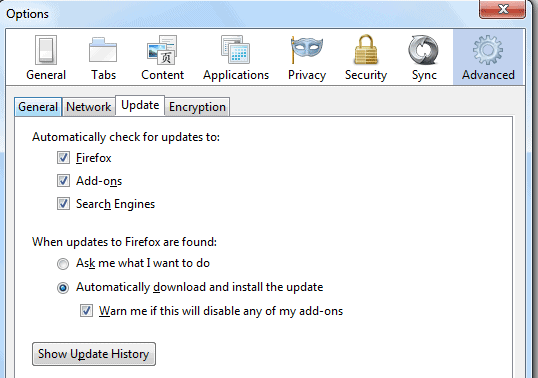 Other methods include showing the What's New page less frequently, increasing the time it takes before users receive notifications that an update has been downloaded and needs to be installed and to apply updates on shutdown.

If you read the comments under Brian's post you will notice that nothing's set into stone yet. The basic idea behind all proposals and plans is to make the updating process more comfortable to the user.

What's your take on the development? Would you install a Firefox service on Windows for the updating of the browser?