Laptops come in all shapes and sizes these days from tiny netbooks to sexy ultraportables andÂ everyday value machines.Â  Then however there are the workstations.Â  These laptops are designed with the needs of CAD designers, video production and engineering and geology projects in mind.Â  They pack the very finest and the best of everything and come with a price tag to match.

This is certainly true of the Dell Precision M6600 Workstation laptop which is one of the most powerful laptops that exists today.Â  You can pick one up with a SandyBridge Core i5 processor and 8Gb of 1,333MHz DDR3 RAM (They don't come with any less than this) for Â£1,280 ($1,600) and specify the internal components up to a staggering Â£5,000.Â  The machine I've been testing sits at around Â£3,500.

There's no scrimping here though.Â  The processor is a Core-i7 running at 2.5GHz; the fastest Dell provide.Â  The memory is standard at 8Gb but this can be expanded up to either 16Gb of 1,600MHz DDR3 or a staggering 32Gb of 1,333MHz DDR3.Â  The twin hard disks inside this machine (you can have up to three including a solid state mini-card) are 250Gb and 750Gb 7,200RPM.Â  The Dell website will allow you to speficy hard disks up to 256Gb SSDs.

The full HD screen runs at 1920 x 1080 and will display the full Adobe RGB gamut.Â  It's multi-touch too, supporting four point control and huge at 17.3 inches.Â  Elsewhere nternally this machine has it all.Â  There's 802.11 b/g/n wireless with WiMax as an option.Â  There's 3G, GPS, a TPM chip accompanied by a fingerprint scanner and nVidia Optima 4000M graphics with their own 2Gb of GDDR5 RAM to accompany the integrated Intel graphics. 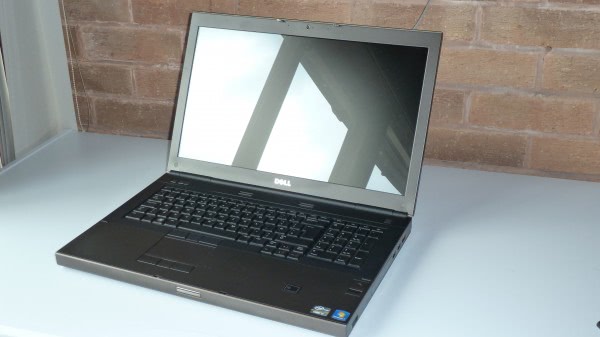 The touchpad doubles as a graphics tablet and comes with its own powered stylus with its own controls.Â  This is the kind of attention to detail you can see throughout the Precision M6600.

The keyboard isn't a scrabble-tile affair commonly seen elsewhere.Â  It's a more traditional style and really excellent.Â  The keys are large and well spaced with a large Enter key and full size keys on the numeric pad.Â  The cursor keys are in a sensible place though the left shift key is a little narrow.Â  The keyboard also has controls for the calculator and media playback controls.Â  Above the keyboard are volume and mute buttons.

The Precision M6600 is very upgradeable too.Â  Undo two screws inside the battery compartment and the bottom slides off the case to reveal the hard disks, memory and expansion slots all easily accessible and well laid out.Â  It's extremely neat, tidy and commendable for such an expensive machine.Â  The exterior of the case is positively lovely with an aluminium bronze finish that you just want to stroke and a bright, silver Dell logo on the lid. 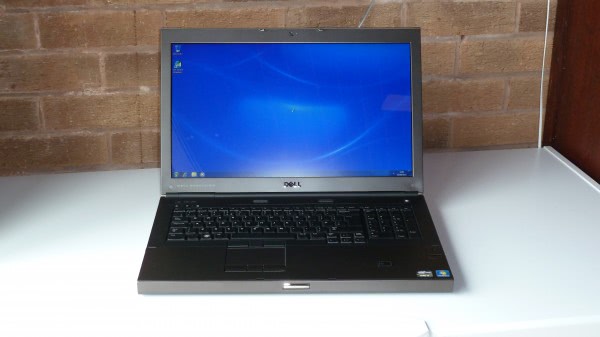 In use it's equally as powerful as a good Core i7 desktop machine and you'd have no problems editing HD video on it or using it to create complex three-dimensional imagery for mapping.Â  There is simply nothing you could currently throw at the M6600 that it would have any trouble with at all.

There are very few problems with the machine either.Â  The screen is a bit reflective, though it's very bright and can be used outdoors.Â  Battery life is reasonable at 5 hours on very light duties but you'll struggle to get two hours when pushed, maybe even just 45 minutes if doing demanding encoding work.Â  The charger is a brick and the laptop itself weighs in at a hefty 4.5kg.Â  This is not a machine you'll be wanting to lug back and forth, nor giving up space in your luggage allowance when going through an airport.

What can I say about the Precision M6600?Â  Well what this machine has in terms of hardware is simply the finest currently available.Â  For the few people who need power of this type there is simply no better machine.Â  Sony and Lenovo make machines of a similar specification though neither is quite as attractive with it. 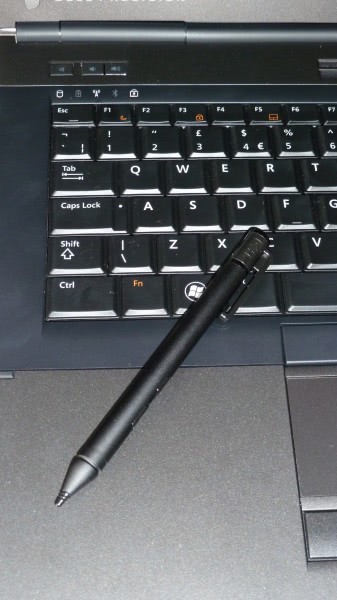 The only other thing I can possibly add here is that this particular Precision M6600 is mine.Â  I personally demand the very best in performance as I do some very demanding work with video production.Â  I'm personally delighted with the power on offer.Â  This machine is hugely expensive but also tremendous value for money for the people who would be looking to buy one.

Build quality is first rate and the M6600 feels extremely solid with no give or flex anywhere in the chassis.Â  An accelerometer works with software on board to protect the hard drives in the event that you drop it.Â  It's quiet too with just a faint whirr of the fans during general usage, though it can get hot; but you're unlikely to work with a 4.5kg computer on your lap.

Overall I'd have given the M6600 a full 10 out of 10 for power, flexibility and quality even if this machine wasn't my own.Â  For workstation grunt in a portable form factor, I genuinely believe you won't find anything finer.