Google recently changed Picasa's free photo hosting storage limit to unlimited for photos with a maximum resolution of 2048x2048 (for Google+ users, standard Google users have a resolution limitation of 800x800). This might be reason enough for some users to migrate their photos from another hosting service, Flickr or Facebook for instance, to Google Picasa. The assumption here is that it is all about hosting space and not about other features that the site's offer.

Users who want to migrate usually want to take their photos hosted on another service to the new service. Flickr or Facebook users can make use of the excellent Fotobounce to do that. Melanie reviewed FotoBounce's face recognition capabilities recently. The photo organizer is versatile and supports downloading of all photos hosted on either photo hosting service.

Please note that Adobe Air is required to install Fotobounce. Photographers who only want to migrate their accounts can install the program, download all their photos and uninstall it again when the migration completed successfully.

Options to log in to Facebook and Flickr are displayed on the left sidebar after application start. A click on login launches a new window where you are asked to enter your login credentials for the selected service and to allow the application access to it.

A click on the account name after authorization displays all albums of that user on the screen. It is alternatively possible to switch to a photo preview mode instead. 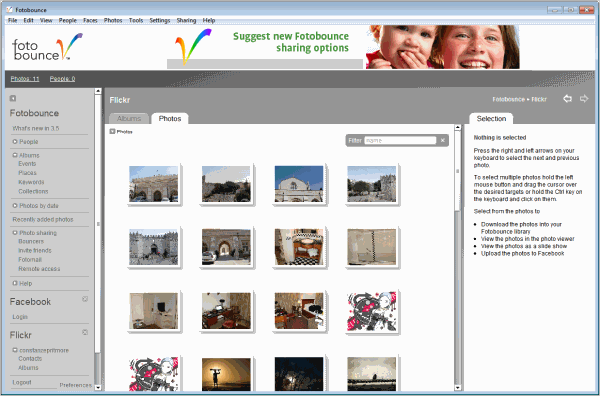 It is possible to download individual albums one after the other, or all photos at once. A right-click on an album or photos displays a context menu with options to download the selection to the local computer system. 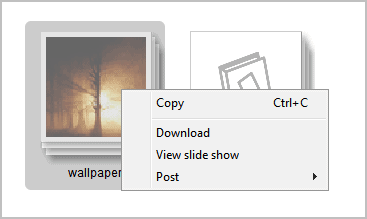 There does not seem to be an option to download all photo albums on Flickr or Facebook at once. This could be problematic for users with many photo albums, especially if they want to retain the folder structure on Picasa.

Still, it is a one time operation and the downloading is fast and straightforward. Users who prefer a software that is able to download all photos in one go can take a look at the previously reviewed Downloadr that can backup Flickr account.

Fotobounce can be downloaded from the developer website. The software weights in at an astonishing 70 Megabytes. It is available for Windows and Mac computer systems (inspiration taken from Caschy)

Martin Brinkmann is a journalist from Germany who founded Ghacks Technology News Back in 2005. He is passionate about all things tech and knows the Internet and computers like the back of his hand. You can follow Martin on Facebook or Twitter
View all posts by Martin Brinkmann →
Previous Post: « Automation Tools Simplify Repetitive Mouse Clicking and Opening Multiple Files Simultaneously
Next Post: Toolbar Cleaner, Remove Unwanted Toolbars From Chrome, Firefox, Internet Explorer »