Which Tech Company are you most Aligned to? - gHacks Tech News
ghacks.net

Which Tech Company are you most Aligned to?

The computing industry is unlike any other in the way that it divides people into one camp or another. People sometimes become fanatical about the way they follow one company, and they can be completely scathing about others. The example you'll all be able to recognise here is Apple fans who will sometimes go to the ends of the Earth to defend the company, the brand and the CEO.

I thought I'd ask here if you are a fan of a particular brand and why that is? I'll start with myself. I'm aligned with Microsoft goods (though I'd never call myself a fan) primarily for a few reasons.

The first reason is that in recent years Microsoft good have just got better and better. Let's take Office for example, it's still the world's most popular integrated suite by a wide margin, even on the Mac. This is despite the much-derided Ribbon interface and the fact that every other office suite in the world uses traditional menus.

So why is Microsoft Office the world's best office suite? It simply can't be just because it sells more than its competitors. For this to happen people first have to believe it's great, so you can't just say it's based on sales figures. We need to understand what drives those figures. 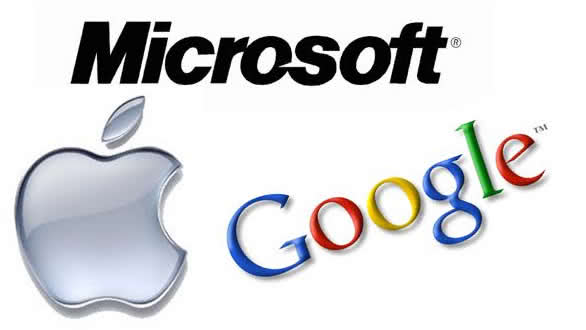 Other software such as Hotmail, which has had numerous improvements in the last two years and is now 20x faster than it used to be, and the excellent Live Essentials Suite are more reasons to like the company. Finally there's Windows 7 which, in the space of just a short year, silenced all the critics and made the world completely forget about the fiasco that was Vista and the security problems that plagued XP.

It wasn't always this way though. It's only in the last year of so that Microsoft have demonstrated they've got their mojo back. Before this I was sat between the major camps, and criticising Microsoft as much as anybody.

There are problems I see with Google and Apple though too. With Google I've never liked that their online services, which are great, simply don't interact with each other in the way I feel they should. There's no joined-up thinking like there is with Microsoft's online services. I'm also angry that they are attempting to appeal to a mass audience while at the same time not taking malware seriously on any of their platforms.

With Apple it's even more basic as I feel that every aspect of their operating systems is designed to sell you things. I also don't like the iTunes lock-in, especially when iTUnes itself reminds me too much of Windows Media Player from ten years ago.

There is a lot to like about Google and Apple though. Google's products will appeal to huge numbers of people because they're firstly of a very high quality, but also because they're all free. People who use Google's products don't seem to mind being served up targeted adverts in the way they do, because even though they may get it more than the customers of other companies, other companies do it too, including Microsoft.

Google's give it away for free attitude is a good one. They're not seen as the big monopoly that Microsoft are, grabbing everyones money, and huge amounts of it too, for dishing up products that are insecure or unreliable. If there are insecurities in Google's products, well they were free and how much do you expect for free!?

Apple has even more to like, not the least of which is the hardware design, the easy and simple to use ecosystem and the trendy factor that comes with owning their kit. They are "the place to be" when it comes to modern tech. You can easily forgive that they're now the largest technology company on the planet because when you're this trendy, of course you would be.

So many of us have tech camps that we have aligned ourselves to, and we have our own reasons for this. It's good and even great that we do this. Competition is essential if we're to continue to get the innovation that we all crave so much, and that drives technology forward. It's essential that these companies (and I've only mentioned three here but let's not forget Ubuntu, Facebook and many other major tech players who have supporters of equal vigour) continue to compete with each other in the way that they do.

It's also essential that they continue to differentiate themselves from their competitors in the way they do with different business models. Google for instance will best take off in emerging markets, probably the world's biggest growth area and one that Microsoft is desperate for a piece of. Why would people in these markets opt for Microsoft though when Google's products are mostly free?

So which tech camp do you sit in? Which of the major technology companies do you support and why, or do you just find the whole thing a bit of a bore and can't understand why people get so excited all the time? Post your comments below.

Article Name
Which Tech Company are you most Aligned to?
Description
I thought I'd ask here if you are a fan of a particular brand and why that is?
Author
Mike Halsey
Advertisement

Mike Halsey is a Microsoft MVP (Windows Expert) and the author of "Troubleshooting Windows 7 Inside Out" from Microsoft Press, "Office 365 Security Essentials" and several forthcoming books about Windows 8. He is a recognised Windows expert having been awarded a Microsoft MVP (Most Valuable Professional) certification in 2011. You can follow Mike on Facebook, Twitter, Google+ or on his own website The Long Climb
View all posts by Mike Halsey MVP →
Previous Post: « Microsoft Analytics For Twitter
Next Post: StockTwits’ Desktop Program Offers Unparalleled Stock Social Networking Interface »