How To Use ScummVM To Play Old Adventure Games - gHacks Tech News
ghacks.net

How To Use ScummVM To Play Old Adventure Games

Ever since the release of Maniac Mansion on the Commodore C-64, and probably even earlier than that (Guild of Thieves for instance), I was fascinated by adventure games. You know, the click and point type of adventure games where you had to pick an action and combine that action with something or someone on the screen. Lucas Arts made that genre popular, today it is just a shadow of its former past.

I have several of the old games still at home but cannot really play many of them considering that I do not have direct access to a floppy drive anymore. Some came on CD on the other hand, but even those may not be playable right away due to changes in computer hardware and operating system.

ScummVM is an Open Source project that has been designed as an interface to make those old games playable again on modern PCs. While the project concentrated on Lucas Arts adventure games in the beginning, hence the name ScummVM, it is now supporting a variety of classic games, including some of my all time favorite games.

A list of all games currently supported is available here. Some of the supported games include Day of the Tentacle, Gabriel Knight I and II, the Monkey Island Series, Broken Sword I and II, as well as the Indiana Jones series.

This guide explains how to play those old games on your new modern PC with the help of ScummVM. Start by downloading the latest version of the application for your operating system from the developer website. The project supports many different operating systems, from Windows, Linux and Mac over various mobile devices to gaming systems. They even have a version for the Commodore Amiga and Sega's Dreamcast.

Start ScummVM and click on the Add Game button on the right of the interface. You now need to use the file browser to select a game directory on your computer. 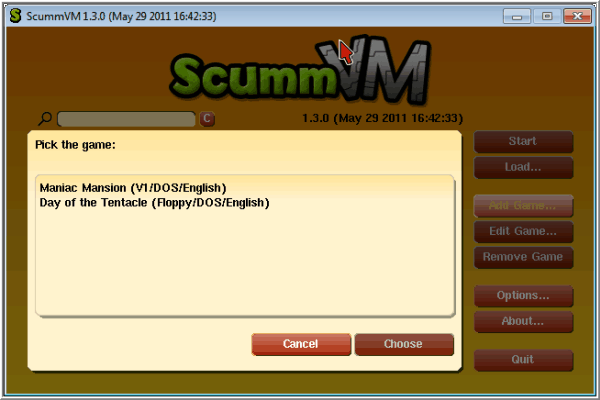 ScummVM will pick up any games under the selected folder hierarchy. Pick one of the games and select OK twice to add it to the program listing. You can alter game settings if you like on the second configuration screen, for instance to enable fullscreen gaming mode or to change the game volume.

You start a game that has been added with a click on it and then another click on Start. You can alternatively double-click the game in the list. 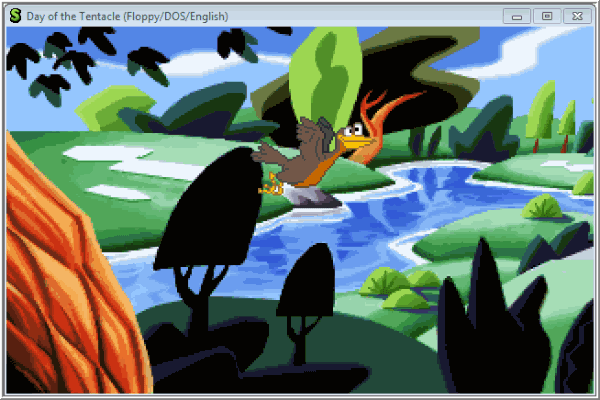 The game will run in the window with no apparent option to go back to the menu. Here are a few helpful keyboard shortcuts to get you sorted out.

A list of all available hotkeys is available in the readme.

Adding games is the hard part, once that's done there is nothing stopping you from enjoying those classical adventure games again on your modern computer.

Previous Post: « Auto Hide Icons On The Windows Desktop
Next Post: Creating Your Own Shortcut Keys For Your Windows Machine »