What can you do if the Windows 7 Service Pack 1 Update fails? The answer depends largely on the error code that you get directly on the screen or in the Windows event log.

Regardless of that code, it is still possible to try two generic fixes before you try to find a solution for the specific error messages.

The first thing that you may want to try is running the Windows Troubleshooter to resolve any problems that prevent Windows Update from working properly.

Windows 7 users find the troubleshooter when they click on the Start orb, select Control Panel > Troubleshooting and there the Fix problems with Windows Update link.

The Windows Update troubleshooter "resolves problems that prevent you from updating Windows", which basically means that it tries to repair Windows Update if it is broken or not working properly.

It is then suggested to try the Windows 7 Update again via Windows Update to see if the troubleshooter corrected the updating issue. If the update fails again it is time for the second option, the System Update Readiness Tool for Windows.

This tool is being offered because an inconsistency was found in the Windows servicing store which may prevent the successful installation of future updates, service packs, and software.

What does it do?

After you download the System Update Readiness Tool, it runs a onetime scan for inconsistencies that might prevent future servicing operations. This scan typically takes less than 15 minutes to run. However, the tool might take significantly longer on some computers. The Windows Update progress bar is not updated during the scan, and progress seems to stop at 60% complete for some time. This behavior is expected. The scan is still running and you should not cancel the update.

The tool verifies the integrity of several Windows Registry keys

Files that are located under the following directories:

Registry data that is located under the following registry subkeys:

Which errors can it repair and fix?

Try to install the Windows 7 Service Pack or another Windows Update again after the System Readiness tool has finished its scan.

Did you have troubles installing the service pack for Windows 7? (via) 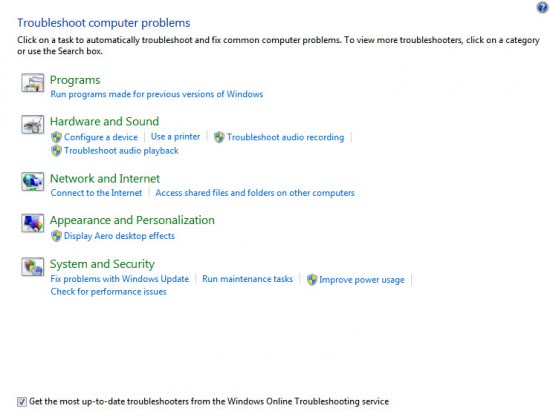 Article Name
Troubleshooting If Windows 7 Update Fails
Description
What you can do if the installation of updates fails on your Windows system.
Author
Martin Brinkmann
Advertisement