The popular virtualization software VirtualBox 4.0 has just been released on the official website. The Open Source solution that is freely available for Windows, Linux and Macintosh computer systems sports a full bag of feature additions, fixes and redesigns.

The official changelog lists all the changes, among them a major rework of the graphical user interface, improvements to OVF (Open Virtualization Format) support, new resource control options to limit a virtual machine's cpu time and IO bandwidth, storage support for asynchronous I/O iSCSI, VMDK, VHD and Parallels images, support for resiting VFI and VHD images, new virtual hardware and support for more than 1.5/2 GB of RAM on 32-bit hosts.

The developers have also reorganized the application into a base package and extension packs.

Starting with version 4.0, VirtualBox is split into several components.

The base package consists of all open-source components and is licensed under the GNU General Public License V2.

VirtualBox extension packages have a .vbox-extpack file name extension. To install an extension, simply double-click on the package file, and the VirtualBox Manager will guide you through the required steps. 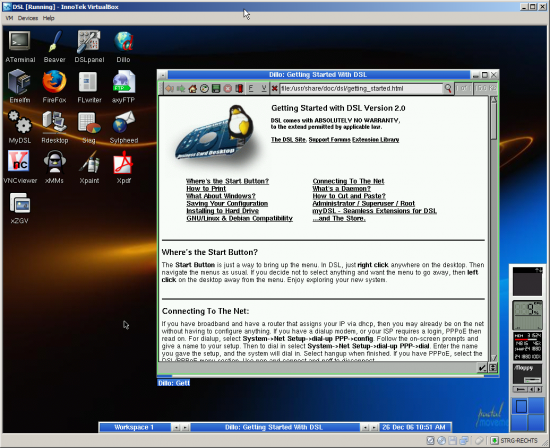 The official user manual has already been updated to reflect the changes and feature additions in VirtualBox 4.0. New users should especially take a closer look at the first steps chapter.

Existing users and interested new users find the download of VirtualBox 4.0 at the official website. The download page offers VirtualBox versions for all platforms, the extension packs, developer kits, the user manual in pdf format and sources. (via)