The plugin adds several useful features to Windows Media Player including a more comfortable tag editor that can be accessed by right-clicking songs in the player's interface. 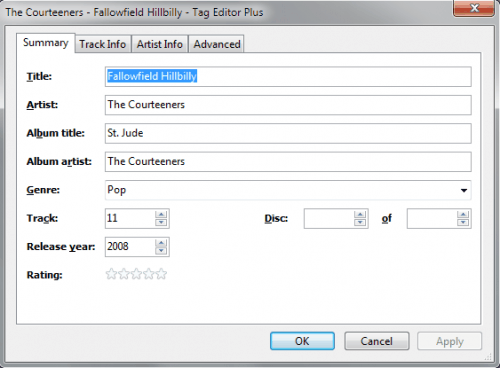 A type as you find search is integrated into the Media Player library. The plugin will automatically find the first instance of the typed in phrase while the user is typing.

There are also two settings to restore media and plugins in the player. The Restore Media at Startup option can restore several items on startup of Windows Media Player including:

It is possible to select multiple items in the options. Windows Media Player will automatically disable option plugins on startup if the player has crashed in the previous session. The Restore plugins after crash setting can be used to quickly re-enable the disabled plugins.

Installation of WMPP is straightforward. Instances of Windows Media Player need to be shutdown before the plugin can be installed.

Windows Media Player Plus can be downloaded from the developer's website.