An effective method of keeping a system clean is by reverting it to an original system snapshot regularly. Returnil can do that for instance. It loads a clone of the operating system that functions like the original system.

Comodo Time Machine is another software program that can create system snapshots and restore them if necessary. The system snapshot creates a copy of all files and settings of the hard drive Windows is running on including Windows files, Registry settings, programs and documents and other files stored by the user.

Update: Please note that Comodo Time Machine appears to be no longer maintained by Comodo. The last version that the company released is Comodo Time Machine 2.9 Beta which dates back to 2010. While it may still work on some systems, it is likely that it won't work on others properly. Additionally, since it has not been updated for six years, it is likely that it has bugs or even security issues. 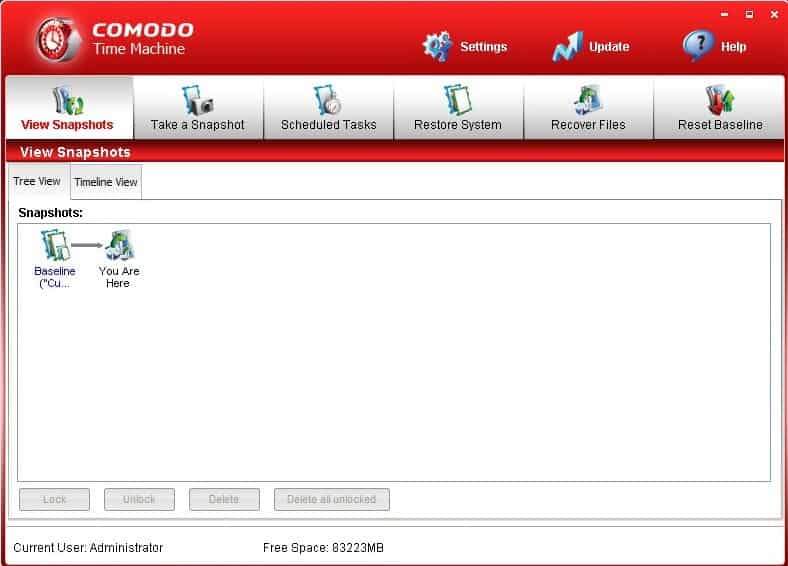 Snapshots can be mounted right in the applications's interface by right-clicking a snapshot and selecting the mount option. It is possible to mount the snapshot with full access rights or read-only rights. All files of the snapshot become then accessible in Windows like any other directory.

Files can also be recovered individually without mounting with the help of the Recover Files menu in the Time Machine application. This feature provides a file search option to search for files in the selected snapshot. This makes it rather complicated to use, a Windows Explorer like approach would be helpful here.

The creation and restoration of system snapshots can be scheduled in the application which offers several interesting possibilities. Public computer administrators can for instance schedule a restoration of a snapshot whenever the computer starts to ensure that data that has been tampered with won't affect the system after a restart. 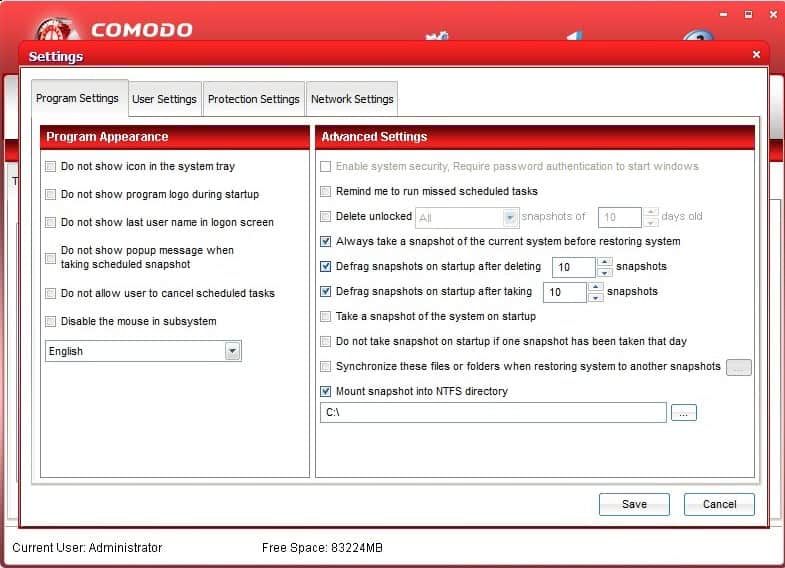 Users who have full disk encryption software programs installed will not be able to use Comodo Time Machine as it requires the uninstallation of those programs before it will commence the installation. That's a rather strict and unfortunate rule that will likely turn away users from testing or using the program regularly.

There is finally a so called sub console that is displayed during system startup if the user presses the Home key. This sub-console loads before Windows and offers the means to restore the system, take a snapshot, uninstall the program or compact the snapshots to save hard drive space.

Comodo Time Machine is compatible with most Microsoft operating systems including 32-bit and 64-bit editions of Windows Vista and Windows 7. Its features make it an interesting program for public computers, test systems, multi-user systems and computer systems where the user wants to be able to restore a previous snapshot in case of emergency.

The recovery system that loads before Windows and the ability to schedule snapshots make Comodo Time Machine a clever product for that purpose. Only the incompatibility with file encryption software like True-Crypt put a dent in the otherwise interesting program.

Martin Brinkmann is a journalist from Germany who founded Ghacks Technology News Back in 2005. He is passionate about all things tech and knows the Internet and computers like the back of his hand. You can follow Martin on Facebook or Twitter
View all posts by Martin Brinkmann →
Previous Post: « Replace Text In Multiple Files With Replace Text
Next Post: Driver Magician Review »