Developers who develop add-ons for the Firefox web browser or other Mozilla software can ask for inclusion on the AMO website where anyone can download those add-ons free of charge.

The only option to actually earn money from add-ons at this point is a donations module that can be added to individual add-on pages. But that is not ideal when it comes to monetizing add-ons as donations depend largely on user numbers.

Mozilla users on the other hand can currently download and use all of the add-ons that are provided at the Add-ons website free of charge.

This situation may change slightly according to an article on The Register as Mozilla is currently considering launching an app store for add-ons in the next year which would allow developers to charge for add-ons that they have created. 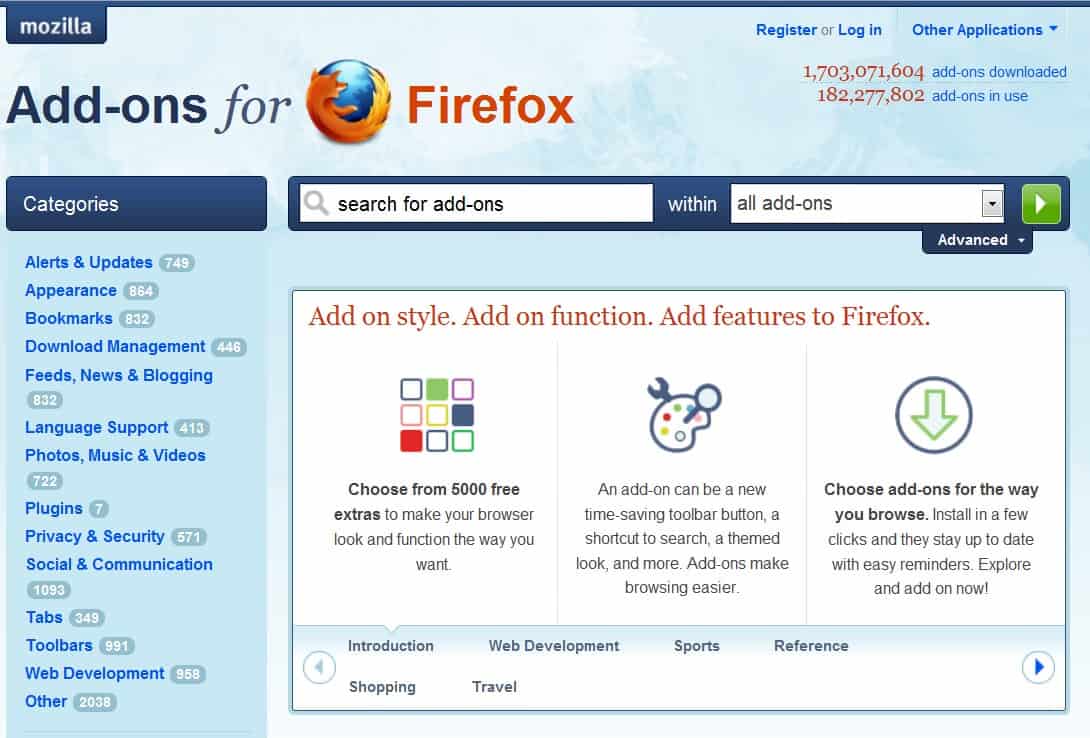 The core reason given is to provide add-on developers with an incentive to develop and maintain add-ons for popular products such as Firefox or Thunderbird. It is something that at least some developers have asked for apparently.

The Mozilla executives are on the other hand not that sure about consumer opinion on the matter. It is one of the things that has not been analyzed in detail yet.

A Mozilla marketplace could turn some developers, who have developed add-ons in their pastime, into full time developers which could increase the response time and quality of specific add-ons.

But then again, it could alienate users from Mozilla and their products. It could also make the site more difficult to navigate, or cause multiple versions of add-ons to be released.

My personal opinion in the matter is that I would pay for a handful of add-ons provided that the money goes directly to the developer, that continued development is guaranteed, and that the Mozilla store provides filters to make everyone happy. What's your take on the development?

Update: Two years later and the situation has not changed.

Update 2: Mozilla launched an appstore recently for its Firefox OS which it calls the Firefox Marketplace. It supports paid apps at least in theory even though I have not spotted on yet there.