If thereâ€™s one phone that is constantly in the news, it is the iPhone. Love it or hate it, you simply cannot ignore it. So here we have some more iPhone news for all you lovers and haters out there.

This time around, the iPhone gets awarded the â€˜Worst Phone Ever Awardâ€™, gets a new 3GS rumor, gets completely unlocked and a lot of other things. Not to mention some great new apps, which is business as usual for the App Store.

Seems like iPhone Devs have been farming app usersâ€™ telephone numbers again. This time it is Storm 8. Storm 8 makes games, the ones that you see above. And all of them have been accused of carrying a special code that collects the userâ€™s phone number without permission. This has been revealed in a lawsuit and Storm 8 has (sort of) acknowledged that the apps do this. [read]

Boy Genius Report claims that they have insider news about a new iPhone offer that will hit AT&T before Christmas. They claim that the iPhone 3GS 8GB model will start selling for $99 only. Before you get into a tizzy, remember that there is no proof of this right now. Not even a suspicious looking flyer. [read]

So there is this rumor that says Apple is testing out next-generation iPhones that have an RFID chip. What Apple intends to do with it is unknown at this point though. They might enable using the iPhone as a credit card. It might become the new way to shop at (Apple) stores. It might also enhance the Find My iPhone feature. Whatever it does, it will probably be an industry-first. Do we know another RFID-enabled consumer phone? [read]

The iPhone Sales In China have disappointing, really so. The first week after the launch saw only 5000 phones sold. The high price and the other factors are being blamed for this. [read] 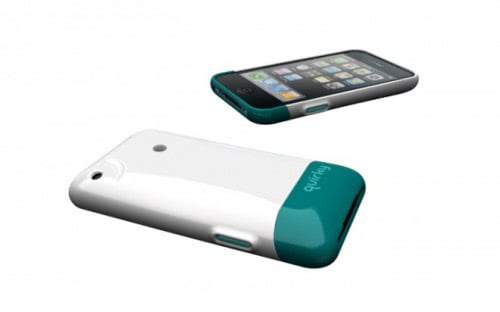 Quirky is a company that has been coming up with really interesting accessories for the iPhone. They now have a new case on sale that adds a much-wanted feature on the iPhone â€“ a flash. Not Flash as in Adobe, but an LED flash that can be switched for a 10-second period (single button press) or can be kept on as a flashlight (double button press). The case itself comes in two parts and hardly adds bulk to the device. Handy for shooting in low light. [read]

CNET UK has all of a sudden award the Worst Phone Ever editorial award to the iPhone. According to the editor, the iPhone is a great computing great device but it fails at being a great phone. [read]

Apple has confirmed officially that the App Store has reached over 100,000 apps. Woot! So now you have that many more reasons to love/hate the iPhone. If you just hate having that much competition as a dev or having to trawl through all that as a user, you know you are not alone. [read]

The new Apple Store at the Louvre Carousel, the first French Apple Store ever, will open on the 7th of this month. Coinciding with this is the introduction of the MuÃ©e Du Louvreâ€™s very own iPhone app. Through it, visitors can soak in the beauty of the artwork and take a virtual tour through the museum. Best of all, itâ€™s free! [read]

App To Cure Fear Of Flying

Are you afraid of flying? Donâ€™t worry, there are a lot of other people out there who suffer from the same fear. Thankfully, now there are people who help others overcome their fear of flying. Virgin Atlantic has been helping those who are too afraid to fly through various seminars called Flying Without Fear. Now they have an app that will help do the same for iPhone users. It provides helpful tips and is modeled on the successful strategies that are used at the seminars. [read]

We already have a lot of radio apps for the iPhone but this one does something new. Called the Public Radio, it allows iPhone users to record their favorite NPR programs and then listen to them in their own time. [read]

Stacks For The iPhone, Springload Your Apps 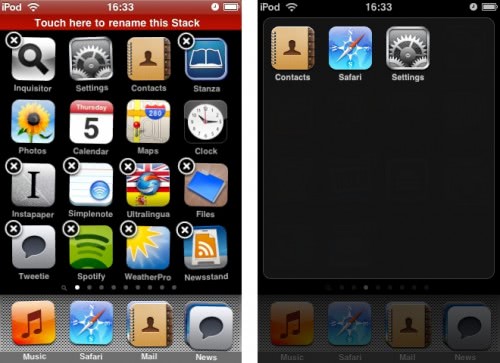 For those who have an unlocked iPhone, hereâ€™s a way to better utilize the four app slots on the iPhoneâ€™s home screen. Much like Stacks in the OS X Dock, the Stacks app for iPhone allows you to pin multiple apps one slot. This can be done for any or all slots. The is currently in alpha. [read]

I know a lot of you have been waiting for this and it is finally here. Available on Cydia, the Blacksn0w app lets you unlock the new iPhone OS 3.1.2 and the new baseband. [read]

Article Name
iPhone Update: iPhone Loved, Hated And Unlocked, $99 3GS, RFID And More
Description
If thereâ€™s one phone that is constantly in the news, it is the iPhone. Love it or hate it, you simply cannot ignore it.
Author
Shailpik
Publisher
Ghacks Technology News
Logo
Advertisement