Open Office 4 Kids was a custom version of the Office suite OpenOffice that was designed specifically for children between the age of 7 and 12. The project was last updated in 2012 and appears abandoned.

A benefit of this is the performance gains when working with Open Office 4 Kids compared to a default Open Office installation.

The interface is different as well. Open Office 4 Kids makes use of fewer buttons in the interface and divides them into a header toolbar and sidebar. The changes are slim at the moment, but the developers have plans to implement additional changes in future releases. The main difference, on the other hand, is that Open Office 4 Kids is a simplified version of Open Office.

As you probably know, the OpenOffice.org Education Project aims to create a bridge between Educational world an OpenOffice.org, through several actions. One of the results is OOo4Kids

The development release 0.5 of Open Office 4 Kids can be downloaded from the project website. It is available for Microsoft Windows, Linux, and Apple Macintosh operating systems.

The OO4Kids project has recently released version 1.3 of the project which introduces several new or improved features. A portable version for Windows is now, for instance, available which can be run from USB devices or if you do not want to install the Office suite on the PC. The portable version requires less than 140 Megabyte which is less than Open Office requires.

A good starting point for you if you are new to the project is the manual on the main page. Here you find links to tutorials changelogs, roadmaps and everything else to get started.

Update: OpenOffice 4 Kids is no longer available. You can download the regular OpenOffice from the official website. 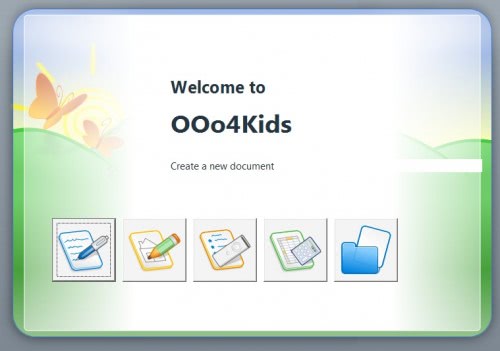 Article Name
Open Office 4 Kids
Description
Open Office 4 Kids was a custom version of the Office suite OpenOffice that was designed specifically for children between the age of 7 and 12. The project was last updated in 2012 and appears abandoned.
Author
Martin Brinkmann
Publisher
Ghacks Technology News
Logo
Advertisement