Linux Mint is an operating system that is used on PCs for production of elegant, up to date and comfortable GNU/Linux desktop distribution. It is quite easy to use compared to other operating systems.

When Linux Mint was originally launched, it was a version of Ubuntu that offered integrated media codecs. Founded and developed by Clement Lefebvre, Linux Mint boasts as one of the most user friendly and reliable distributions that can be found in the market. Lefebvre started out as just another Linux user in 1996. As he became more experienced in the usage of Linux he felt he wanted to give back to the Linux community which led to the development of Linux Mint. The idea came from a mixture of different Linux distros that he got from what he calls "distro-hopping" which is basically trying out different Linux distributions. "I enjoyed many different distributions and for different reasons," says Lefebvre. Linux Mint is a mixture of many different popular features in varied distros in Linux. 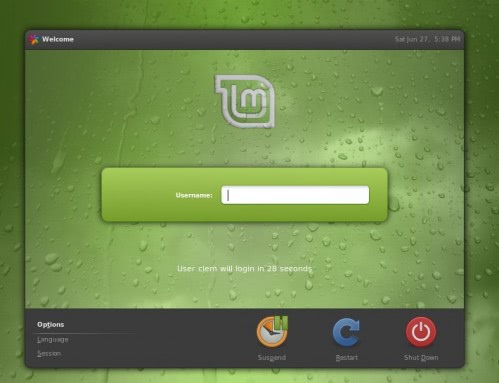 The features that Linux Mint boasts of are as follows:

Because of these features, many users have found this Linux distribution among the easiest to use Linux distros.

Linux Mint also has WiFi cards driver in the file system, multimedia support and screen resolution features which focus on allowing things to work outside the box. Users are not limited to working just within the box when they have this system, which is a testament to the operating system's reliability.

There are a collection of packages and software that users can get from the distribution that make it quite compatible. The system also uses the Ubuntu repositories. Ubuntu is known for having one of the easiest to use package manager systems, making Linux Mint even easier to use.

Linux Mint is available in ISO images which can be used to create Live CDs and Live USBs. As is is Free software, it can legally be handed out to friends, relatives, etc.

As already mentioned, there are several different versions of this operating system. These include the main version which is GNOME, x86-32, the 64-bit Edition, the Universal version, and a handful of community editions.

Some of the configuration tools that can be found on the system are MintInstall, MintUpdate, MintDesktop, MintConfig, MintAssistant, MintUpload, MintSpace, MintMenu, MintWifi, MintNanny, MintMake and MintWelcome. These help users perform most of the functions that they expect to have with the OS.