Network Troubleshooting can be one of the most frustrating tasks especially for the average computer user. There is always the question where to start the troubleshooting process. The Windows operating system comes with troubleshooting wizards that usually do not help at all except for the most basic of troubles that users can run into. But problems in the form of forgetting to plug in the network cable are not as common as slow or corrupt downloads, page loading errors or Internet connection drops. Those on the other hand are much harder to come by and troubleshoot.

The ICSI Netalyzr is a new beta online network troubleshooting analyzer that can analyze various aspects of a computer's network connection. It is made up of a Java applet that has to be executed on the user's system. The benefits of a Java Applet are that it is system independent and that it can access and analyze the computer's hardware and other aspects of the computer system. 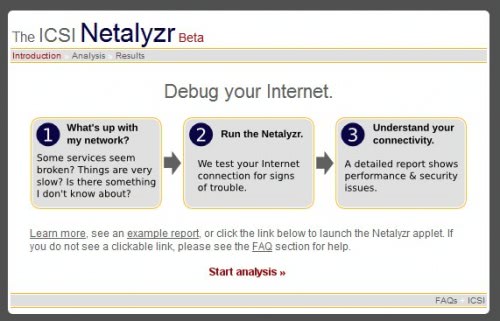 The analysis will take a while and an in depth network troubleshooting report will be generated and presented to the user in the end. 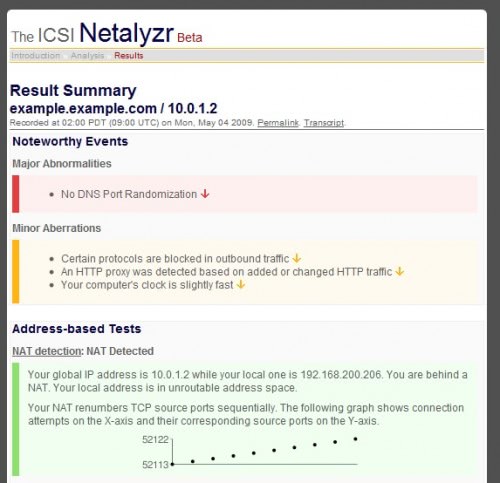 Each title in the report is clickable leading to a short explanation of how the tests are conducted. Please note that you need Java installed on your system to run the software in the web browser.