Watch TV And Video With StreamTorrent

StreamTorrent is a free software program for the Windows operating system that allows users to watch - and stream - TV and videos over the Internet. The relatively unknown application provides access to hundreds of popular TV stations including BBC One, BBC Two, ESPN 360, Fox Sports 2, ESPN and HBO.

The software uses P2P technology that is used in similar applications like TVU Player. The benefit of the approach is that there is no central server or location responsible for the streaming as everything's is handled by users of it.

The disadvantage of P2P streaming is that it is often less reliable, with sources becoming unavailable from one moment to the other. 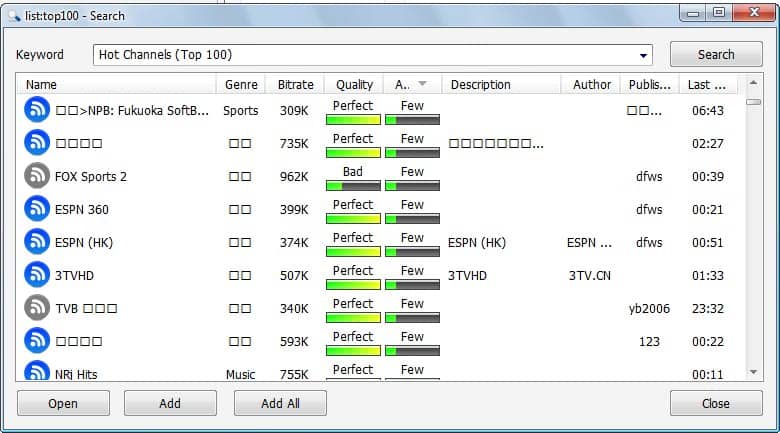 Users start by clicking on File > Search in the menu to open the search interface which can be used to list all available channels or filtered channel lists either by keyword or pre-selection (e.g. sports, top 100).

It is also possible to enter a keyword which will run a search for that keyword and returns all channels matching that keyword. A good starting point is probably the top 100 channel list which lists the most popular channels that are available at the time on StreamTorrent.

It takes a few seconds to populate the channel list which displays one channel per row. Each row includes the name, bitrate, quality, audience and other values. The most important are the bitrate, quality and audience as these are indicators og the quality of the picture and the bandwidth that is needed to watch the channel without buffering issues.

A click on a channel with open an internal viewer that is connecting to the selected TV channel. This process can also take some time as the StreamTorrent service begins the buffering process. 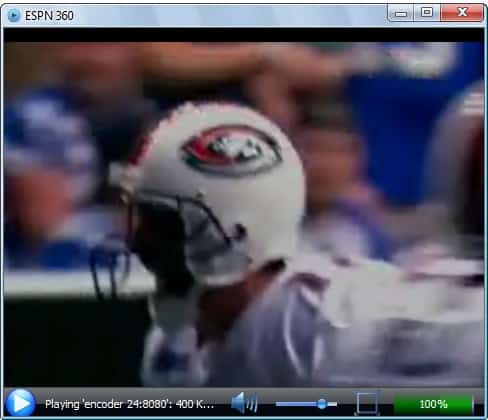 The player offers basic status information and controls including a buffer bar, changing to full screen and changing the volume, but no other controls that you may have come to expect such as changing the quality of the stream. 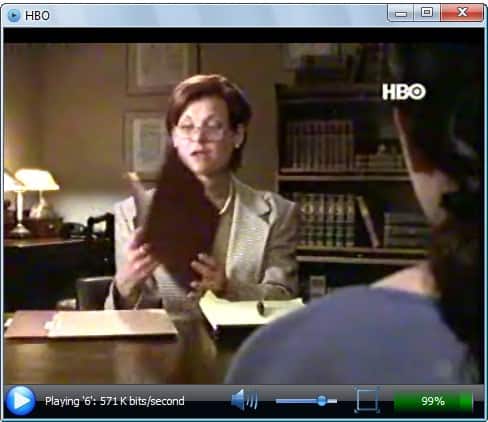 Watching TV is probably the most popular use of StreamTorrent. It is possible to add new channels to the application and to start a live stream from the local computer system.

We suggest you check out our Sopcast review instead.