Windows XP is an excellent operating system. The majority of Windows users are still running Windows XP followed by Windows Vista and other variants.

XP is leading the field by a ratio of 3:1 according to statistics gathered on w3schools (the operating system gets transmitted usually when a user opens a website). That alone is reason enough to define Windows Vista as a failure; Or Windows XP excellent and Windows Vista not convincing enough for the majority of Windows users to make the switch.

Enter Windows 7. Windows 7 will be released this year. The last information suggests a release in October 2009. Windows XP users once again have to make the decision to switch to a newer version of Windows or keep on using the current operating system instead.

The introduction of UAC and several other security components in Windows Vista was probably one of the most annoying experiences for users who switched from XP to Vista. While it did increase the security of the computer system it annoyed users to no end to see UAC prompts all the time.

Windows 7 will still use UAC but with a reduced number of user prompts. A convincing reason why UAC is good are the monthly security patches and classifications that Microsoft releases. Many vulnerabilities are classified as critical for Windows XP systems but only as important on Vista systems.

It is quite possible to improve Windows XP with third party applications to reach the same, or even a better level of security, than Windows 7 will provide out of the box but installing those solutions is usually left to computer geeks and those with the know how to do so. The average user installs a security software and that's usually it. Microsoft will supply Windows XP users with security patches until 2014 (use this trick to get them until 2019).

There are not many differences in hardware support between Windows XP and Windows Vista. The only notable difference that might affect users in the future is the support of Direct X 10 in Windows Vista while Windows XP users have only access to Direct X 9. While this is not a huge problem at the time thanks to reluctant use of the new DirectX version, it could become one in the future.

Direct X 10 compatible hardware was scarce when Direct X 10 came out. Even scarcer were the games that supported the new standard. This was largely because game developers did not want to spend resources in both Direct X 9 and 10 development and because video cards that were able to deliver good framerates were practically not available.

Windows 7 will ship with Direct X 11 which again will not be available for Windows XP users. It is likely that the release of Windows 7 will see a critical mass shifting to Direct X 10 and 11 compatible gaming which might leave Windows XP gamers behind. They probably can play the games but will face a different game experience.

Other new hardware standards and devices might not work with Windows XP in the future. Hardware developers will eventually stop producing drivers for Windows XP. While this surely will not happen in the next two years it is likely that this is going to happen eventually. 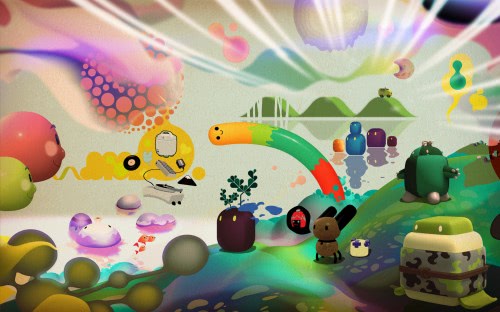 Many users don't like the default themes and designs of Windows XP. Microsoft did not exactly deliver a great variety of themes and customizability options in Windows XP.

A handful of official themes delivered over the period of years is nothing that they should brag about.

The users once again created a thriving scene of theme developers and operating system modifiers. This again was something for the hardcore users who knew how to patch system files to use different themes and such.

Windows 7 will come with a never seen before customizability. It will ship with regional themes, dozens of wallpapers, sound schemes and other interface elements. Users can create their own themes easily and even save the themes to share it with friends and the global community.

The Windows 7 design looks more eye pleasing and 21st century like than that of Windows XP. At least for most users who are asked the question.

Windows 7 will beat Windows XP performance wise. It will boot faster, use less system resources like cpu and computer memory while running and add better performance for SSD devices which will become a huge part of the storage device market in the coming years.

It beats Windows XP (and Windows Vista if that matters) fair and square in all performance related benchmarks.

Windows 7 adds several new features to the table. Some are not really aimed at a mass market like the multi-touch support, biometric devices or handwriting recognition. Several key elements have been overhauled, most notably probably the Windows taskbar which integrates many interesting new features. Many of the features that have been added make Windows 7 more attractive. Think of included system codecs to play divx movies or DVDs without the need for third party applications.

It is likely that the majority of Windows XP users will make the switch from their operating systems in the first two years after the release of Windows 7. It is without doubt possible to run Windows XP for the next five years without major problems but it will mean making sacrifices in the end when hardware and software support exclude the operating system more frequently. One thing seems to be clear at this point: Windows 7 will not be another Windows Vista. It already receives more praise from beta and release candidate testers and feels much like the operating system that Windows Vista should have been.

Article Name
5 Reasons Why You Might Want To Switch From XP To Windows 7
Description
The article provides five compelling reasons for XP (and Vista) users that might convince them to switch to Windows 7.
Author
Martin Brinkmann
Publisher
Ghacks Technology News
Logo
Advertisement