Seamonster is a free implementation of the seam carving technology which removes the least likely to be missed pixels from images during resize operations.

Seamonster is not your usual image editing software. It concentrates on one aspect that has become popular in the past couple of years: Seam Carving. This technique makes use of an algorithm that is capable of identifying areas of high, mid and low priority in images.

Most demonstrations of the algorithm have used it to reduce the size of an image by cutting out parts with low priority so that objects of higher priority remain on the image.

This cannot be done by conventional image resizing applications, as it will reduce all parts equally. While it can be achieved manually, it often requires more than a basic understanding of how image editors work to do so. 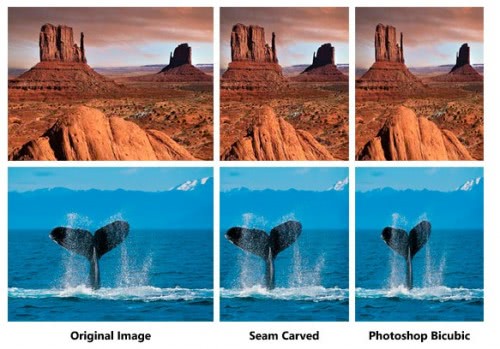 Image editing programs like Seamonster make it now possible to reduce the size of images without deteriorating or removing the most important parts of the image. Take a look at the images above to get a better understanding of the technique involved if you have not seen it before.

Seamonster is a demonstration of this technique. It is an image editing software for the Windows operating system that requires the Microsoft .net Framework 2.0. Images can be loaded into the interface. Seamonster displays a preview area and a sidebar on the right listing the available tools that you can use to manipulate the image.

The tools can be used to carve or squash the image by pressing the buttons of the same name. Several parameters can be defined in the sidebar that adjust those parameters to improve the output quality of the image further. 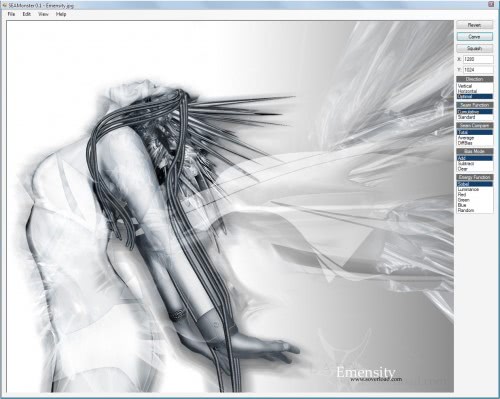 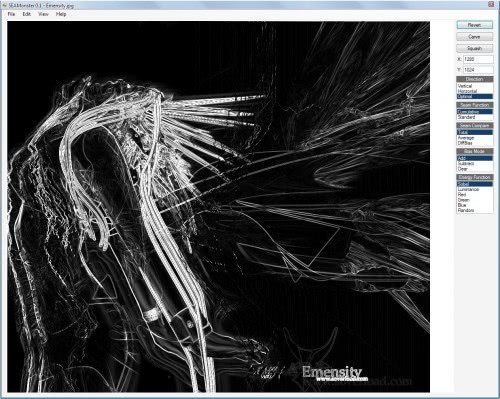 The techniques can be applied horizontally, vertically or with the optimal setting which selects the best direction automatically.

It does not look like this software is going to be updated by the developer in the near future as it was published in 2007 and has not been updated since. It does work surprisingly well though although it is missing some features like manual selection of areas that you want to remove first.

In its current stage, you are relying solely on the algorithm to detect which areas of the image are to be removed when it is processed and which are not. While this works well most of the time, it is possible that it identifies the wrong areas and since you cannot modify those, won't work with the image.

Update: The download over on Codeplex does not work anymore, and Microsoft announced recently that it will shut down the project hosting website. We have uploaded the latest release version of SeaMonster to our own server for archiving purposes. We don't support the program in any way. You can download SeaMonster with a click on the following link: SeaMonster