Downloading music is illegal, right? That's what the Music Industry is telling us all the time. They sue people who download music, and do everything in their might to keep up the image that music downloading is a major crime.

This is however apparently not true in China where Google struck a deal with major players in the Music Industry - to be precise Universal, EMI, Warner and Sony - to provide free full songs in their search engine. About 350K songs are offered in the beginning. That number is said to rise to 1.1 million songs in the next months alone. The songs will feature both local Chinese artists but also international acts.

The reason for Google is that they are only number two in the search engine market in China. Baidu is first there and offering music downloads as well albeit without a similar deal. The reason why the Music Industry agreed to the deal is simple: Money.

The majority of Chinese do not pay for music but download it from the Internet. And so it was decided that sharing some advertising revenue with Google is better than fighting illegal music downloads.

Google is restricting file downloads to Chinese users according to Mashable who were the first to publish the story. The search interface on the other hand is available to anyone. 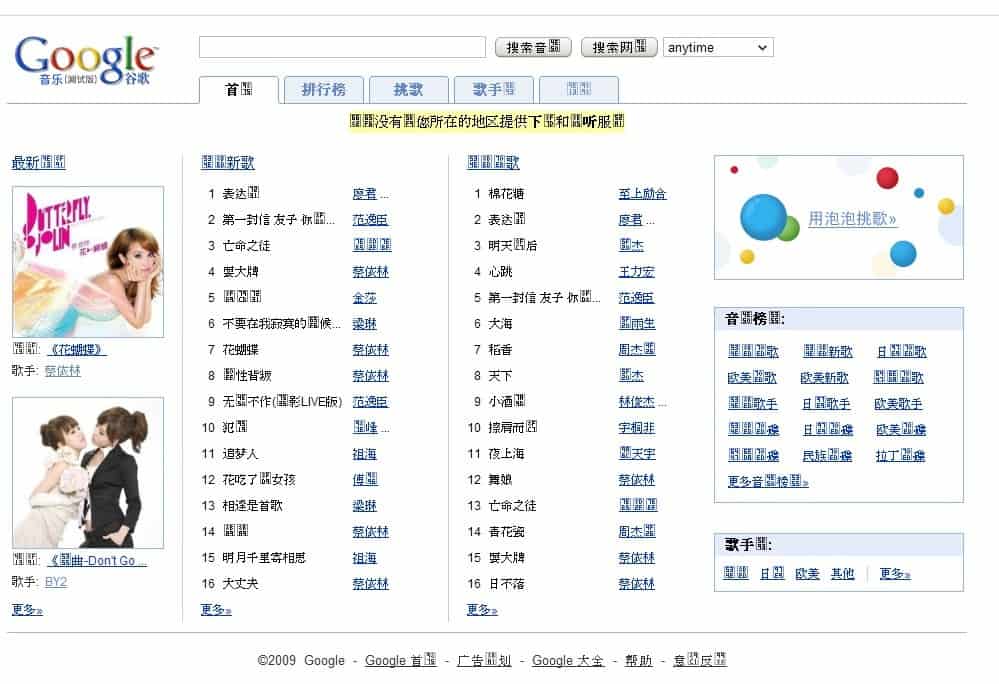 Definitely an interesting progression especially for Chinese users who can now download music legally while everyone else in the world cannot.

Update: The service has been pulled again from the Google server. It is not clear why and when that happened, only that it returns a not found error when you try to access the website.

We have removed the links as a consequence and suggest you either take a look at free music repositories like Jamendo or the live music archive or at a free music streaming service such as Spotify.