I bought the T-Mobile G1 phone just a few days ago and have been browsing around Android Market, the phone's application market, quite a bit.

Connect Bot is probably the number one must have application for webmasters who operate their own servers. It can be used to log in the server using the phone. For those who do not know what SSH is, it basically allows a user to exchange data using a secure channel between two network devices.

Some examples where this could come in handy would be to restart the web server, configure services or monitor the connections, processes and resource usage of a dedicated server while on the road. 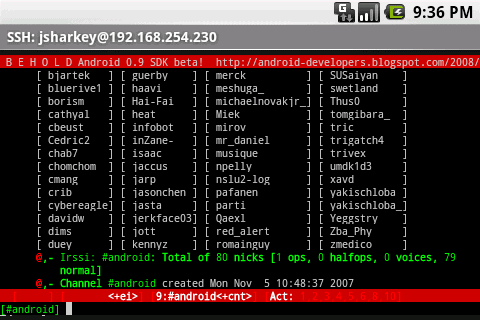 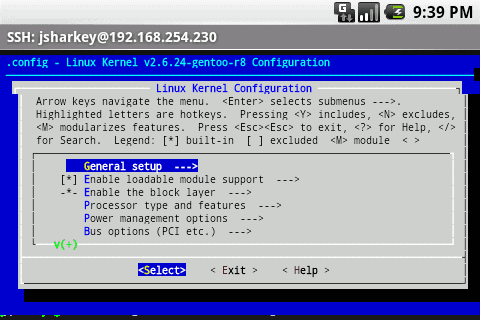 The application can be installed right from the Android Market and webmasters as well as system administrators should consider installing the app right away to make use of its feature set.

ConnectBot is a Secure Shell client for the Android platform. Its ultimate goal is to create a secure connection through which you can use a shell on a remote machine and transfer files back and forth to your phone.

Update: Connectbot is still being actively developed, and it is available as an Android app for all Android devices that are currently available.

The latest version of the program is available on Google Play. It is still free and you may install it on any recent Android device.  ConnectBot is a free application that comes without advertisement or in-app purchase options to upgrade to a paid version.

I also suggest you take a look at the wiki on the official page, as it offers information about keyboard shortcuts and screen gestures the app supports.

ConnectBot is a useful and powerful application for Android to connect to servers using SSH. It is easy to install and use; only the small screen and lack of keyboard on most Android devices makes it somewhat fiddly to use. Still, if you need mobile access to your server to run commands at any time, this is an application that you may want to at least test to see how it performs.