Modern computers do not come with floppy drives anymore which can turn out to be problematic if a software requires a floppy drive. This is usually software that has been written when floppy drives were more common and installed on every computer. Some older operating systems or software programs require a floppy drive for some of their functions.

Virtual Floppy Drive is probably one of the most popular tools to emulate a floppy drive. It is a portable software that is compatible with Windows NT, Windows 2000 and Windows XP (Windows Vista and Windows Server 2003 are supposed to work as well). The user can access both the command line or graphical user interface version of the program as both are provided. 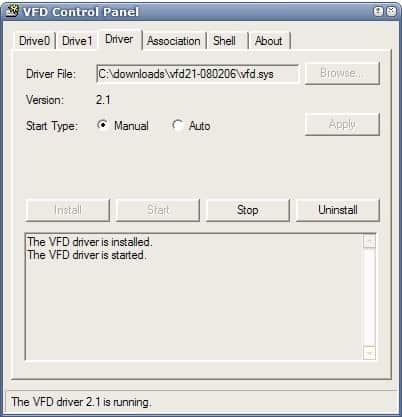 It is possible to emulate one or two floppy drives support a wide variety of different media types from 160KB (5.25") to 2.88MB (3.5"). The software supports file and RAM modes, persistent drive letters and integrates itself nicely into the Windows shell.