Many Windows Vista users like the Windows Sidebar, others feel that it is to restricted to one part of the screen. Microsoft has already announced that they will change that behavior in Windows 7 so that users can place gadgets wherever they want on the desktop.

It was only a matter of time until someone would port the Windows Vista Sidebar to Windows XP. Joshoon managed to port the real Windows Sidebar to Windows XP by making use of Alky For Applications. You might remember Alky from the time when Windows Vista came out. That was at the same time when Microsoft announced Vista only applications and Alky was supposed to make them compatible with Windows XP (like the games Shadowrun or Halo 2) 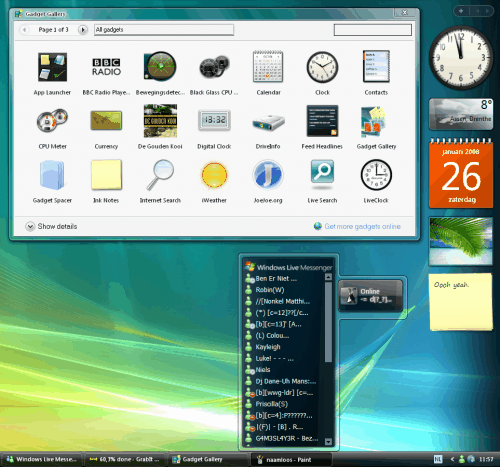 The pack includes three different applications that are needed to install, display and maintain the Windows Vista Sidebar in Windows XP. First there is Alky For Applications which can simply be installed. Once that is done the Windows Vista Sidebar can be installed and will be operational afterwards. The pack comes with many gadgets and a tool called Gadget Gallery which can be used to add new gadgets to the sidebar. 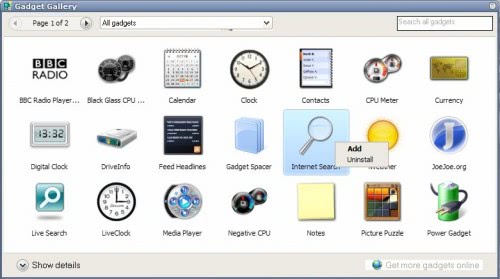 Even more interesting than this is the ability to download gadgets from the Windows Vista Gallery site over at Microsoft. It requires some manual work but it's easily done and works perfectly fine. The gadget needs to be downloaded and unpacked. It comes with the .gadget extension but it can easily be unpacked by most unpackers. Worked fine with 7-zip.

One interesting feature is the ability to detach a gadget from the sidebar so that it can be moved freely around on the desktop.