Joe Anderson who recently began writing articles for Ghacks send me a message two days ago asking what I thought about Twitterfeed and I had to admit that I never heard of that service before. He let me know that webmasters could use Twitterfeed to publish RSS News Feeds on Twitter. What it does is that it checks the provided RSS News Feeds regularly and posts new items to a Twitter account. That's the basic principle at least. 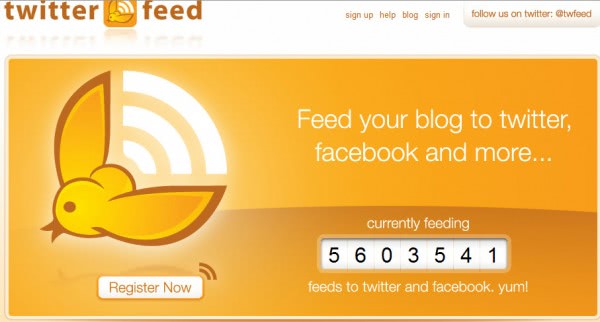 This could be useful if access to RSS News readers is limited or blocked in a network while access to Twitter is not. It could also be a nice service that webmasters could offer their readers. Spam could be a issue on the other hand.