Users can download the first version of Mozilla Fennec M9 on the project website where versions for all supported devices and operating systems can be downloaded. 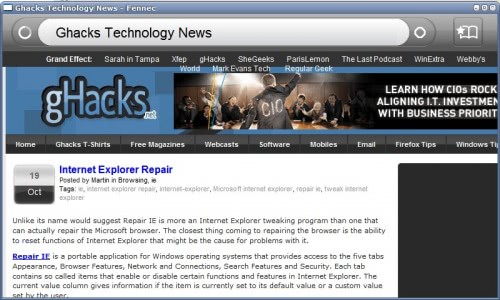 Mozilla Fennec can be started after downloading and unpacking the release without installation which makes it a portable release.

Update: Firefox is now also available for Android devices. It can be directly downloaded and installed from Google Play where it has received quite good ratings so far. Compatibility varies by device, whatever that means, but the mobile browser should run just fine on the majority of Android smartphones.

The version supports Firefox add-ons, synchronization with the desktop version of Firefox to sync your bookmarks, passwords and all that good stuff, and several other features that you are used to work with when you work with Firefox on the desktop.