NeonDS is an advanced emulator for Nintendo's popular Nintendo DS handheld system. If you know the system you might know that it features two screens of which one can be manipulated with a stylus like pen. The mouse is emulating that stick on the computer and it works surprisingly well.

The current version 0.21 works with several homebrew games that I tested from several websites that offer games and applications for the Nintendo DS. Their main purpose is obviously to be run on the Nintendo DS but they work great on the NeonDS emulator.

The emulator is not perfect yet which is fully understandable if you look at its version. Some homebrew games crashed after loading them into the emulator and some did not display the graphics properly. The experience after all was quite good for most applications and games. 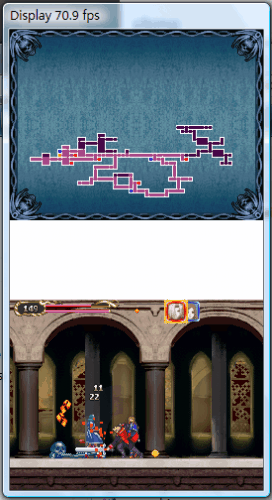 Games can be saved and keyboard shortcuts are available which are essential for most applications. To make it short, WASD moves Up, Left, Down and Right while the keys JKU IYO emulate the other six keys of the Nintendo DS. The key 1 emulates select while 2 does the same for the start button.

I was able to get 60 frames per second in most applications and games when testing the emulator, users with older systems will probably experience lower frame rates. If you are looking for a solid Nintendo DS emulator you might give NeonDS a try.

Update: Please note that the NeoDS emulator is no longer available. While you may still be able to download it from a third party download site, it has not been updated in a while and there are better choices available that you can use instead.

There is DuoS, a Nintendo DS Emulator which is regularly updated and soon also available for Apple's iOS and Windows 8, and DeSmuMe which is also updated regularly and available for Windows and Mac operating systems.

Previous Post: « Good Old Games Plans to Offer DRM-Free Classic Games
Next Post: « Spore gets a bashing over at Amazon